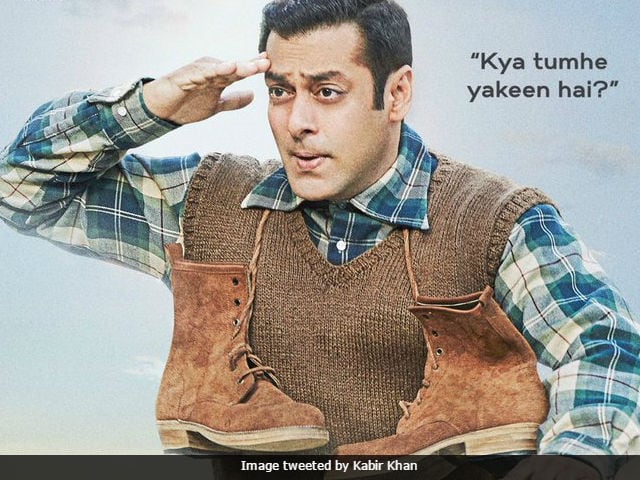 New Delhi: Filmmaker Kabir Khan announced on Twitter that the teaser of Salman Khan's much awaited film Tubelight will be out in five days. The director shared a new poster of the film featuring Salman, who waves towards the viewers, and captioned it: "He will arrive in 5 days." In absolutely no time, '#5DaysForTubelightTeaser' started trending upsetting '#Baahubali2,' which has been trending on top for almost two days. Salman Khan's film is all set for release in June around Eid and the fans cannot wait for the film's first teaser. Kabir Khan shared a few teaser posters of the film a while ago, all asking the same question: "Kya tumhe yakeen hai?"

He will arrive in 5 days #5DaysForTubelightTeaser@BeingSalmanKhan@amarbutala@skfilmsofficial@TubelightKiEidpic.twitter.com/O68LUkaafg