Salman Khan's First Tweet After Blackbuck Verdict: 'Tears Of Gratitude, Thank You For Being There'

Salman Khan has posted his first tweet after getting bail in the blackbuck poaching case, thanking fans, friends and family 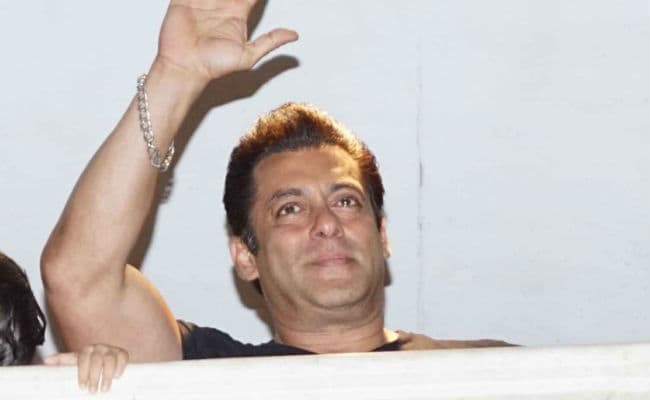 Salman Khan at his Mumbai home

New Delhi: Salman Khan has posted his first tweet after getting bail in the blackbuck poaching case, thanking fans, friends and family for standing by him. "Tears of gratitude. To all my loved ones who are with me and never lost hope. Thank you for being there with all the love and support. God Bless," he tweeted. Last week, Salman, 52, was convicted of poaching endangered blackbuck in Rajasthan 20 years ago and sentenced to five years in jail. He spent two days in prison in Jodhpur, where he was being tried, and was granted bail on Saturday afternoon. Salman Khan is now home in Mumbai.

Tears of gratitude . To all my loved ones who are with me and never lost hope . Thank you for being there with all the love and support . God Bless .

Bollywood has closed ranks and several celebrities have gone public with their support of Salman Khan, among them is his Dabangg co-star Sonakshi Sinha and Varun Dhawan, who recently starred in a remake of the Salman hit Judwaa. Actress and TV personality Simi Garewal has claimed in a tweet that the actor is shielding someone else because of 'silly emotional reasons.' Preity Zinta, who has made films like Chori Chori Chupke Chupke with Salman, was pictured in Jodhpur last week, presumably to visit or offer support to the jailed actor.

I know for a fact that Salman bhai and his family have the utmost respect and faith in our judiciary system. @BeingSalmanKhan is one of the strongest and most genuine people I know and I'm sure he will come out of this stronger.

The charity, the generosity etc of @BeingSalmanKhan is irrelevant here. What is all-important is the fact that he did NOT pull the trigger! He did NOT commit the crime. He is protecting someone for silly emotional reasons. Even at a HUGE cost to himself. https://t.co/aJLdn129WH

@realpreityzinta in jodhpur ... love u preity WE LOVE YOU SALMAN KHAN pic.twitter.com/R3yUMr3zEm

Salman's sisters Alvira and Arpita accompanied him to Jodhpur and returned to Mumbai after he got bail. Arpita posted this emotional note about her brother today.

My Strength , My Weakness , My Pride , My Joy , My Life , My World. Gods Child. God bless all the people that can't handle you or your success, I wish only positivity & happiness for you may all the jealousy & negativity fade away. I pray you shine even brighter than u are & blind everyone with your success & good deeds. Love you Bhai

Promoted
Listen to the latest songs, only on JioSaavn.com
After returning to Mumbai from Jodhpur, Salman was visited by Katrina Kaif, Varun Dhawan, his Race 3 team and other celebs. Thousands of fans and well-wishers had also gathered outside his home to get a glimpse of Salman, who later waved to them from his balcony. Salman also attended co-star Saqib Saleem's birthday party. Salman Khan waved to the crowd from his balcony 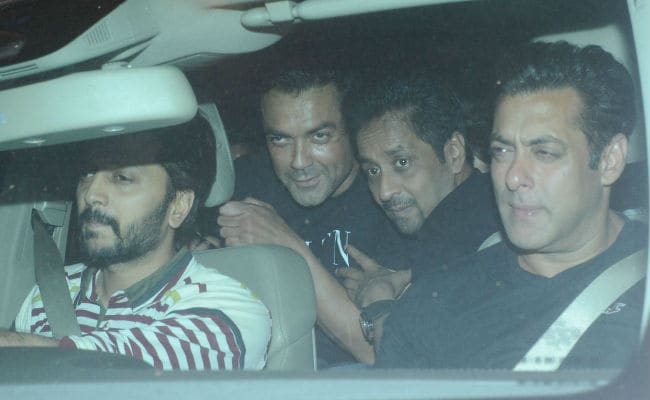 Salman Khan has been found guilty of hunting blackbuck while filming Hum Saath Saath Hain in Rajasthan in 1998. His co-stars Saif Ali Khan, Tabu, Sonali Bendre and Neelam were charged with inciting the actor to hunt but have been acquitted for lack of evidence.

The next hearing in the blackbuck poaching case has been scheduled for May 7.