Salman Khan's Diwali Was All About Goa And Family. See Pics 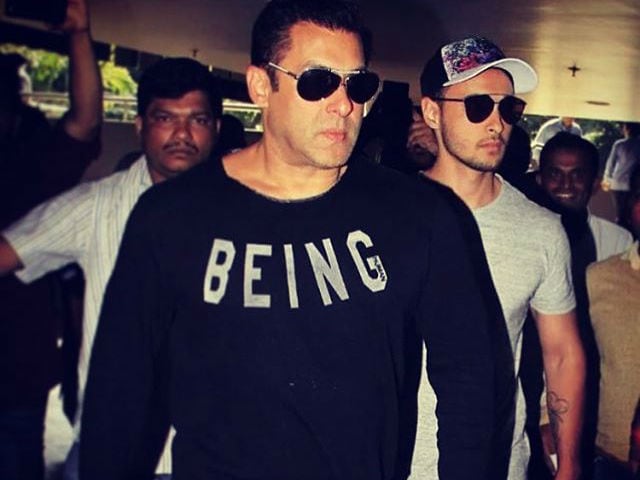 New Delhi: When you've got a big family, that too one that loves to spend time together, there's never a dull moment. This holds true most for Salman Khan who ensures that his Khandaan celebrate most important occasions in unison. This year for Diwali, he was off to Goa. And by the looks of it, the entire family is having a gala time.

Between brother-in-law Aayush Sharma's star-studded birthday celebrations and Salman's Bigg Boss and film commitments, we didn't think he'd be able to make it to the gathering. He, however, was seen as part of this Kodak moment shared by Aayush on Instagram. Forgive the cliche, but Salman and Sohail Khan are just chillin'.

Earlier too, Aayush had posted his poolside photograph while relaxing with his better-half and their son. Don't miss Ahil's beach gear.

Happy Times with my @arpitakhansharma

Arpita, on the other hand, shared an interesting composition of her nephew at their hotel tagging members of her 'fam-jam.'

Salman himself tweeted a rather lively photo of his boy-gang (including actor Sooraj Pancholi). It seems it was quite a time to party.

Dj Willy in the house! @aaysharma@NirvanKhan15@atulreellife@soorajpancholi9pic.twitter.com/URSo5EFmM2

Promoted
Listen to the latest songs, only on JioSaavn.com
Salman's not the only one who's beat the congestion of the city during the festive weekend by going off on vacation. His Mujhse Shaadi Karogi co-star Akshay Kumar is also on a Cape Town getaway.

On the work front, Salman has been shooting non-stop since Sultan. So, this vacation comes as a welcome change before he begins shooting for YRF's Tiger Zinda Hai co-starring Katrina Kaif and directed by Ali Abbas Zafar.