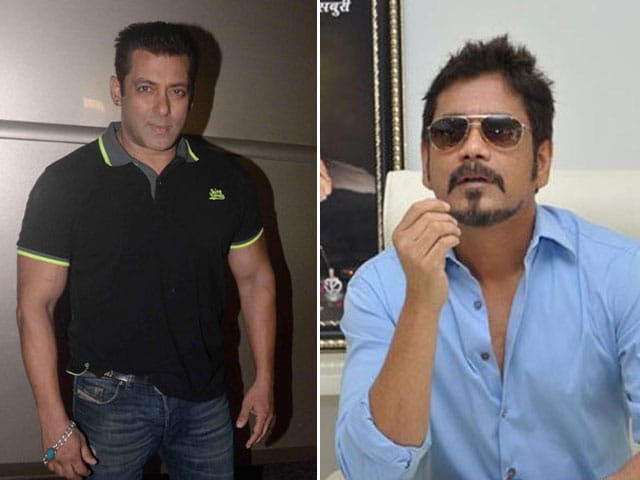 Salman Khan will release the teaser of Nagarjuna's son's film.

Two other popular actors will also release the film's teaser along with Salman.

"When Salman visited Chiranjeevi's 60th birthday bash last week, he was requested to release the teaser by Nagarjuna, and he instantly agreed for the sake of their friendship. The teaser will be unveiled by Salman at 6.30 pm," a source from the film's unit told IANS. (Also Read: Salman Khan Dances at Chiranjeevi's Birthday Party)

The makers have kept the identities of the two other stars under wraps for now.

Directed by VV Vinayak, Akhil will feature opposite Sayyeshaa, who will also make her debut with this film.