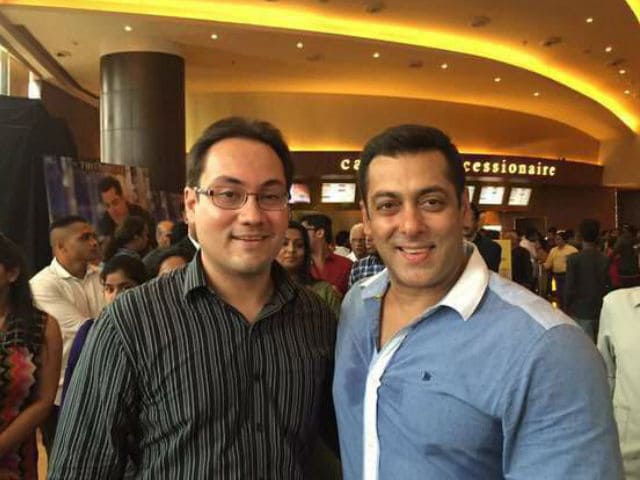 This image was posted on Twitter by Salman Khan

Mumbai: Filmmaker Sooraj Barjatya's cousin Rajjat Barjatya, who was MD and CEO of Rajshri Media, died on Friday at a hospital in Mumbai.

Mr Barjatya reportedly died after a battle with cancer.

"He passed away today evening at 6.45. He was here in the hospital for last 10 to 12 days," A source from Jaslok hospital told IANS. His last rites will take place on Saturday afternoon in Worli.

Deeply saddened to hear of the untimely passing of Rajjat Barjatya. May his soul rest in peace.

Extremely sad news about the untimely demise of Rajat Barjatya..Such a gentle and warm hearted person..Prayers for his soul

Nothing shakes you up more than when someone your age dies. RIP Rajjat Barjatya. A dear friend, since I edited a film for him 13 years back.

Omg Rajjat! Such a wonderful person! My deepest condolences to the family. https://t.co/9bbhqJibeK