Salman Khan: I Can't Sing to Save My Life 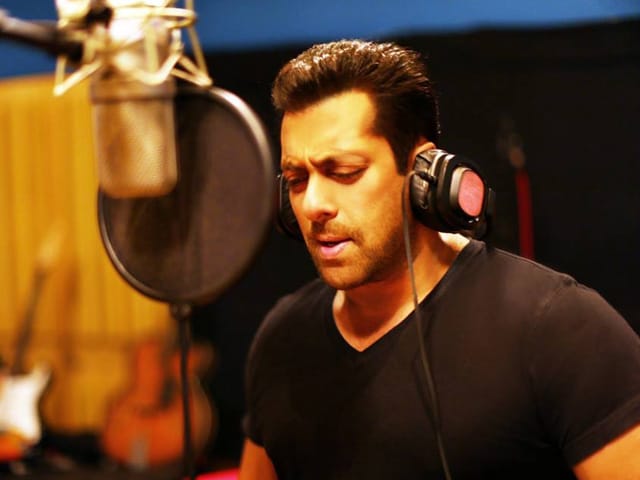 Mumbai: Though his songs have become an instant hit, superstar Salman Khan says that he does not take singing seriously and does it for fun.

"Singing is not my next love after painting. I am just doing it for fun. I can't sing to save my life. If you ask me to sing the same song right now I would not be able to do it. Even if I try to sing it on TV it will not sound the same. However, if I am in a studio and they the music composers sing every line in front of me, I can mimic that and sing it," Salman said during the promotion of the film.

When asked whom he was thinking about while recording the romantic track, Salman teased, "What's her name? I know you know her name. I just concentrated on her and that's it. So, that feeling automatically came."

However, he later killed the excitement by saying it was, 'sur'.

"You concentrate on your sur. That is the name. If the sur is ok then the technicians take care of it. If you get the feel right of the sur, the song turns out to be pretty ok."

The Bajrangi Bhaijaan star said that he tried his hands in the recording studio as he wishes to hear his own voice in the playback.

"In films, we have playback singers. People know it is Sonu Nigam or Kumar Sanu, I just wanted to have my own voice there and that's the reason why I decided to sing."