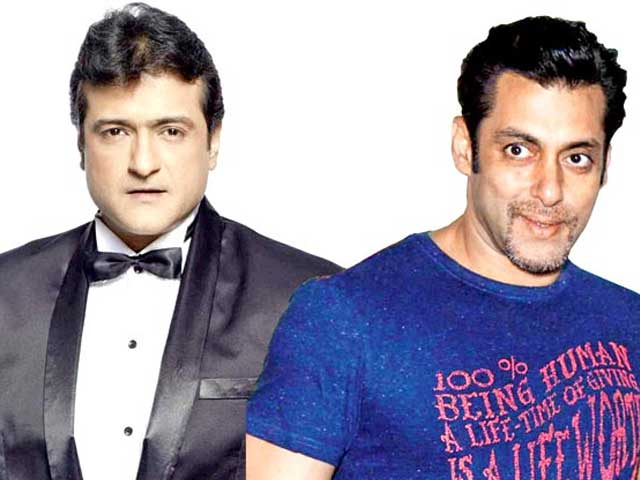 Salman has reportedly been recommending Armaan to filmmakers

After bagging a role in Sooraj Barjatya's film Prem Ratan Dhan Payo, Armaan Kohli has now landed more projects, thanks to Salman Khan, who is known to play big brother to Bollywood strugglers. Armaan has inked a two-film deal with filmmaker Sajid Nadiadwala.

Says a source, "Armaan had a meeting with Sajid on Tuesday. At the end of it, he had bagged two of his projects. He has been in touch with Salman and as it is well known that the star has been recommending him to filmmakers he is close to." Armaan, however, prefers to put it in another way. "I am blessed to get an opportunity to work with the best. I don't have words to express my gratitude and happiness, just want to say a thank you with all my heart," he says, without taking names.

Armaan was recently spotted with his father and veteran filmmaker Rajkumar Kohli and his mother Nishi at Salman's sister's wedding reception in Mumbai on November 21. Post his appearance on a reality show hosted by Salman last year, there was speculation that the star was lending him a helping hand to revive his career. The first step was when Armaan was included in the celebrity cricket league that had Sallu as brand ambassador. He was then cast in Prem Ratan Dhan Paayo to play one of Salman's brothers in the film.

Armaan was launched by his father in Virodhi (1992). He went on to do forgettable films and took another shot with Jaani Dushman (2002) and LOC: Kargil (2003). He then vanished from the scene only to resurface in Sallu's TV show.

Promoted
Listen to the latest songs, only on JioSaavn.com
Have Armaan Kohli and Tanishaa Mukerji patched up?

Though they prefer to keep their lips pursed, there is buzz that Armaan Kohli and Tanishaa Mukerji have patched up. Sources state that the two met over dinner to sort things out and settle their issues. Over a month ago, they had decided to part ways due to alleged differences in temperament and personality.