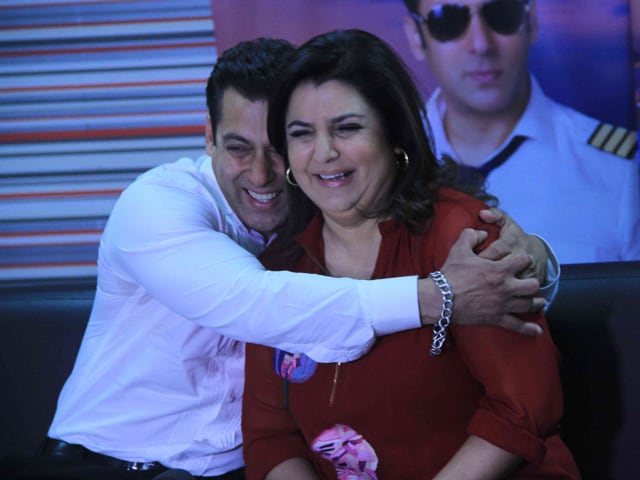 Mumbai: Farah Khan, who has choreographed songs like Munni Badnaam or Fevicol Se for Salman Khan, said that she has no script yet that can be offered to the superstar who, she feels, has become "larger than life" now.

When asked if she would direct Salman, Farah told IANS: "I don't know. I don't have a script for him. Right now, I have not written anything for him.

"I love Salman and he is my friend. I know him for years and whenever we work together, that song always becomes a huge hit. I love watching him, but now he is larger than life," said Farah.

Currently, Farah is judging the ninth season of dance reality show Jhalak Dikhhla Jaa. She feels that the show has become better over the years.

"I don't know if you all remember I had done the first season of Jhalak with Sanjay Leela Bhansali. In fact, we were the pioneer judges of the show. It's great to be back because the show has become bigger, better and more popular," Farah added.