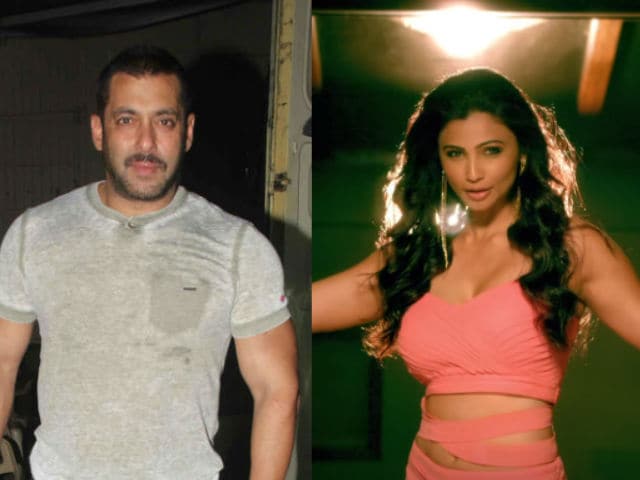 Salman Khan (left) photographed in Mumbai and Daisy Shah in a still from Hate Story 3.

Salman launched Daisy in Bollywood with Jai Ho in 2014. "He (Salman) has seen the trailer and has liked it. He said that I look fit, sensuous and sexy," Daisy told PTI.

Daisy is in constant touch with the Dabangg star and often seeks professional advice from him.

"I made my debut with him. So, in a way I am his protege. I do talk to him regarding whatever problems I have. Whenever I am in a dilemma, I go to him. I keep him in the loop. He is a great support," added Daisy.

Daisy also said that Salman is a wonderful person.

"He is a great human being and a gem of a person. He doesn't think before helping anyone. He is a messiah. He is truly 'being human'. He does a great job of helping people, not only for those in this profession but also for those in the society. His family has been supportive, not only of him but everyone around him. I adore his family," said Daisy.(Also Read: Salman Khan Convinced Me to do Hate Story 3: Daisy Shah)

Written by Vikram Bhatt and Madhuri Banerji, the film is a sequel to 2014 thriller Hate Story 2 and third instalment of the franchise.

Hate Story 3 is scheduled to release on December 4.