"Chasing my kid around the house is also a good work-out," Saif Ali Khan said in an interview 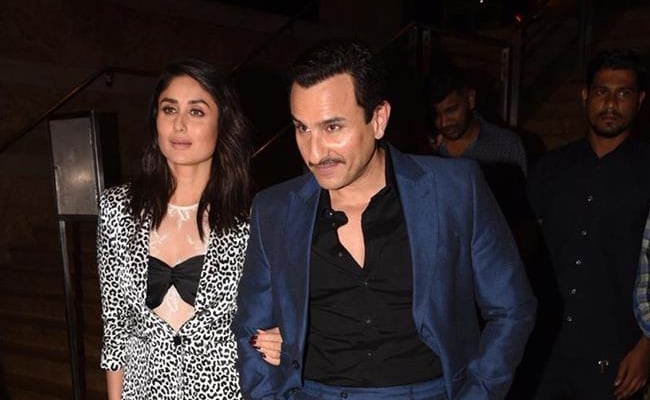 Saif has been making frequent appearances on Kareena's Instagram

Saif Ali Khan, in a recent interview with Mumbai Mirror, opened up about his schedule during the lockdown. Describing the 21-day lockdown as a never-ending sea voyage, the 49-year-old actor added that he tries to include work-out sessions at the start of his day. While he can sweat it out by exercising and running on the treadmill, Saif revealed that there's one thing he wants to learn and has been requesting Kareena to teach him. Speaking to Mumbai Mirror, Saif said: "I wake up early and get some exercise in. Fortunately, we have a treadmill at home and I'm coaxing Kareena to give me some yoga lessons." On another note, "Chasing my kid around the house is also a good work-out." LOL. Kareena and Saif's son Taimur is just three.

Meanwhile, Kareena Kapoor is a true blue fitness enthusiast and has an impressive gym attending. However during the lockdown, she's "working out from home." Kareena was the talk of the town when she was regularly spotted at work-out sessions during her pregnancy. After Taimur was born, she shed her post-pregnancy weight almost in no time to get back to work. She was busy with the movie Veere Di Wedding.

In his interview, Saif also talked about spending time at home with books and movies, a glimpse of which we got on Kareena's Instagram. She recently made her debut on Insta and has been filling up her feed with photos of Saif and Taimur. One such photo features Saif assisting Taimur with some gardening. "Today, we planted tomatoes. It's all very nice and peaceful. With both parents around all the time, my son is having a blast," Saif said in the interview.

On the work front, Kareena was last seen in Angrezi Medium and has Karan Johar's Takht in the line-up. Saif was last seen in Jawaani Jaaneman and has Bunty Aur Babli 2 in his list of upcoming projects.