"It has been funny and moving, and I must say, this is quite a selfish endeavour," Saif Ali Khan said about his autobiography 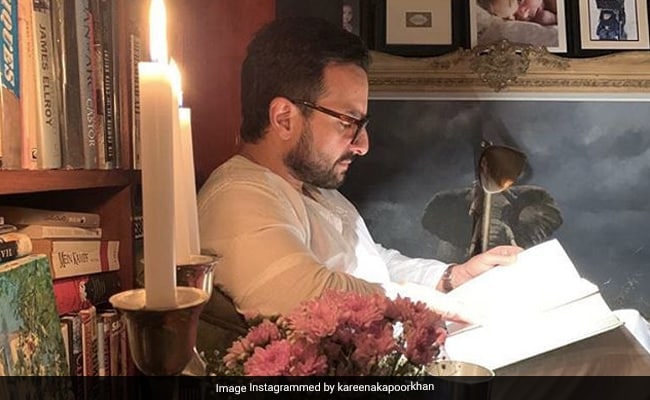 Actor Saif Ali Khan just announced his new venture and Twitter went into overdrive. No, we aren't talking about a new film but his autobiography. The 50-year-old actor is all set to unveil his autobiography in October 2021, which will be published by Harper Collins India, reported news agency PTI. Saif's autobiography is said to be a no-filter account of the actor's personal and professional life, touching upon his family, home, career highs and lows and his love for films. "So many things have changed and will be lost with time if we don't record them. It would be nice to look back; to remember and to record," Saif said in a statement, reported PTI. Describing his new venture as a "selfish endeavour", Saif added: "It has been funny and moving, and I must say, this is quite a selfish endeavour. I do hope others enjoy the book, too, of course."

Meanwhile, Twitter reacted to Saif Ali Khan's autobiography announcement with memes, makign references to his star lineage, his struggle and the nepotism debate. "#SaifAliKhan" found a top spot on Twitter trends on Tuesday.

Saif Ali Khan to release his autobiography in 2021.#Bollywood and authors to #SaifAliKhan :- pic.twitter.com/L1LhDbLNVA

#Saifalikhan to write his own autobiography

On #SaifAliKhan releasing autobiography, Like #KareenaKapoorKhan said in her own words " so mat Dekho star kids movie!!!!", I would say ( in same tone) " Mat Kharidho saif Ali khan autobiography " pic.twitter.com/ElLJFEePH6

Trolls also decided to chip in to the trending hashtag with tweets such as this one:

His autobiography will be a motivational stuff for all humans. after giving tons of disasters he never thought of quitting acting. He came back strongly and started to give more gigantic diasasters#SaifAliKhanpic.twitter.com/OTlNTGgisC

However, those who are looking forward to Saif Ali Khan's autobiography, defended the actor on Twitter, putting forward this arguments like these: "He experiments with wonderful movies instead of playing safe & being a "star". He's one of the best actors and his movie choices show that."

As a movie buff, I'd love to read #SaifAliKhan 's autobiography. Have u seen Kalakandi, Go Goa Gone, Laal Kaptaan, Being Cyrus & Ek Hasina Thi? He experiments with wonderful movies instead of playing safe & being a "star". He's one of the best actors & his movie choices show that