Sagarika Ghatge And Zaheer Khan In A Picture-Perfect Selfie

How cute is this picture of the couple! 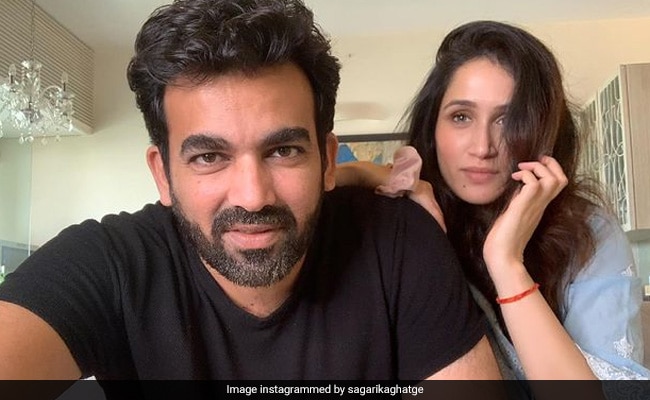 Sagarika Ghatge brightened up her Instafam's feed with some loved-up pictures with husband Zaheer Khan and adorable can't even begin to describe them. The couple can be seen happily posing for picture perfect selfies. The pictures happen to be from the couple's house (going by Sagarika's caption). She simply added a home and a heart emoji to her post. No words needed. Sagarika looks pretty as aver in an ice-blue kurta, while Zaheeer complements her in a black t-shirt. In the comments section, Sania Mirza wrote: "Miss you guys." Sagarika replied with these words: "Miss you more." Cricketer Hardik Pandya too dropped heart emojis.

Sagarika Ghatge and Zaheer Khan frequently make appearances on each other's Instagram profiles and we simply love it when that happens. Take a look at some of the posts here:

Sagarika Ghatge is best known for her role in Shah Rukh Khan's 2007 film Chak De! India. She's also starred in movies such as Fox, Miley Naa Miley Hum, Rush and the National Award-winning film Irada. She was also a participant on the reality show Fear Factor: Khatron Ke Khiladi 6. She played the role of a cop in ALT Balaji's 2019 web show BOSS: Baap of Special Services.