Sachin Tendulkar Unveils Poster of His Biopic on Twitter 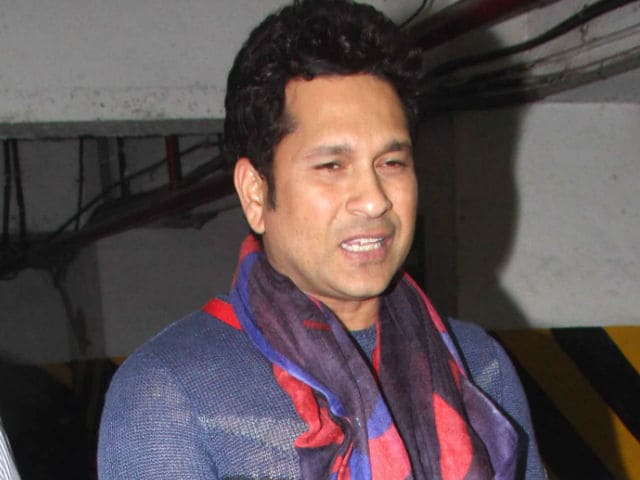 Sachin, 42, is making his acting debut with the movie, which has been made by British director James Erskine.

The poster shows Sachin walking on the field carrying his bat and with pads on with the caption: "55 Days of training. One pair of trousers. The Sachin story." (Also Read: Shah Rukh Wants to Watch Sachin's Film. 'Par Pehle Fan Ki Bari')

Thank you for all the love and support over the years! Watch the #SRTteaseron14thApril at 1 PM on @SachinTheFilmpic.twitter.com/PEfD2LH3jX

The film's teaser will be out on April 14.

The look was also shared by the official Twitter handle of the movie.

Sachin, who played an astonishing 200 tests and scored 100 centuries across all three formats of the game, retired in 2013. He scored 34,357 runs played in the 664 international matches that he played.

Sachin was given India's highest civilian honour - the Bharat Ratna - last year. He is a sitting Rajya Sabha MP.