The review aggregation website tweaked its system to ensure that people who target movies featuring women and people of color don't sabotage ratings. 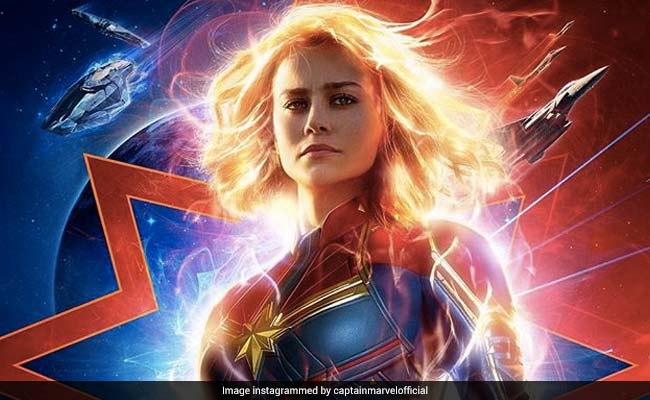 A blockbuster is set to open with a lead who is not male and not white. People are excited about the film, but trolls hijack the conversation, sometimes targeting the movie's stars. What should have been a good time instead becomes an internet maelstrom in which a movie and its actors must not only promote the work but simultaneously assert its right to exist.

One website took steps this week to interrupt that cycle.

On Monday, Rotten Tomatoes, an online-review aggregation service that allows the public to score the movies alongside critics, announced that it would no longer allow users to comment ahead of a movie's release. Rotten Tomatoes assured users that they would be able to post reviews after the movies had opened and that its signature audience score would appear after a film is released.

The site had been used by some individuals to try - or at least threaten - to "bomb" audience ratings for films such as Black Panther and Star Wars: The Last Jedi, which both featured diverse casts and prominent female characters.

The decision comes ahead of the release of the biggest female-fronted blockbuster of the year: Captain Marvel. In the film, which opens next week, actress Brie Larson plays a superhero endowed with mysterious powers by an alien race. Early reviews and reactions have been positive, and it is projected to make about $100 million in its opening weekend, Variety reports. But Larson has also been speaking up, loudly and consistently, about the lack of representation among film journalists, making her a target for accusations that she is "racist" and "sexist" against white men.

"Unfortunately, we have seen an uptick in nonconstructive input, sometimes bordering on trolling, which we believe is a disservice to our general readership," Rotten Tomatoes said in a blog post. "We have decided that turning off this feature for now is the best course of action."

Rotten Tomatoes also made other changes to its audience ratings to "more accurately and authentically represent the voice of fans, while protecting our data and public forums from bad actors." It also altered and minimized a metric called "Want to See" ahead of a movie's release, in which people could rate how much they were interested in the movie.

The changes, which had been in development for a year, were not specifically tied to the release of Captain Marvel, a spokeswoman for Rotten Tomatoes told The Washington Post. But she acknowledged that "the timing . . . was very appropriate."

Though hundreds of movies each year are scored with a critic "Tomatometer" and "Audience Score," the handful of tent-pole movies draw individuals who try to "bomb" films, she said. "It's absolutely the scenario that we want to address moving forward," the spokeswoman said. "The comments and some of the people who decided to kind of campaign against the site . . . it's obviously not useful to our users anymore. So we decided to turn that feature off."

She noted that a metric used to track audience anticipation for a film still existed but had been changed to something more akin to a Facebook "like." Other future changes were also being discussed, including a feature that would verify that a member of the public who leaves a review has seen a movie.

Rotten Tomatoes' latest move takes a step further than the site did with Black Panther in 2018, when a company representative assured The Wrap that Rotten Tomatoes did "not condone hate speech" and vowed to delete comments and ban users who engaged in such talk.

The publicity campaign for Captain Marvel has leaned into themes of female empowerment, with trailers that depict Larson's character, Carol Danvers, repeatedly falling down only to rise. Larson has used her press tour to speak up about diversity in the film industry and has sought a diverse field of journalists to conduct her interviews. Her comments were celebrated by some and left others displeased.

One particular Marie Claire interview, in which Larson spoke about the lack of female representation among film journalists, sparked criticism in certain corners of the internet. "About a year ago, I started paying attention to what my press days looked like and the critics reviewing movies, and noticed it appeared to be overwhelmingly white male," Larson told her interviewer, Keah Brown, a journalist and creator of (hash)DisabledAndCute. "Moving forward, I decided to make sure my press days were more inclusive."

In a speech last year on the importance of giving female film critics more opportunities, Larson pointed to a report from the USC Annenberg School's Inclusion Initiative that showed movie critics were overwhelmingly white and male.

"Am I saying that I hate white dudes? No, I'm not." she said. "But what I'm saying is that if you make a movie that is a love letter to women of color, there is an insanely low chance a woman of color will have the chance to see your movie and review your movie."

HuffPost documented that before Rotten Tomatoes' changes, Captain Marvel's "Want to See" had plummeted to 53 percent over the course of a few days, and that users had left comments such as, "Larson's sexist and racists attitudes don't want me to spend money on this anyway, so here you go, Ms. Larson."

Larson and Captain Marvel have also faced trolling and criticism outside of Rotten Tomatoes. "People are willingly ignoring her racist and sexist comments," one YouTuber said in a video called "Captain Marvel DAMAGE CONTROL & 'Disturbing' Comments Exposed" that has received more than 500,000 views. Another YouTube video declares: "Brie Larson is RUINING Marvel," and its narrator says, "If Brie Larson could have just kept her mouth shut . . . I think a lot of this could have been avoided."

Larson is far from the first female lead to be attacked online. The Last Jedi star Kelly Marie Tran left Instagram after racist trolls inundated her account. And during the toxic online miasma around the female-led 2016 Ghostbusters star Leslie Jones's personal information and photos were hacked.

When Larson posted photos from Wednesday's London premiere of the film on her Instagram, a couple of commenters griped about her remarks on men, but an overwhelming majority of commenters were congratulatory and supportive. Her Twitter mentions, however, tended to be rockier.

(Except for the headline, this story has not been edited by NDTV staff and is published from a syndicated feed.)
Comments
rotten tomatoescaptain marvel