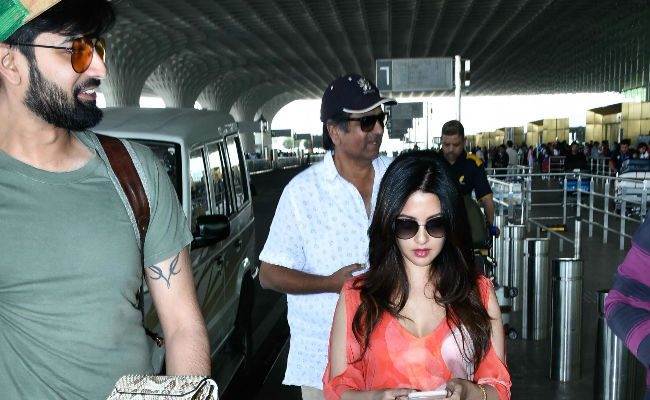 New Delhi: Actress Riya Sen and her husband Shivam Tewari were spotted at the Mumbai airport on Monday. Riya, 36, was dressed casually in denims and a kaftan cold-shoulder top. Shivan was dressed in shorts and t-shirt and carried Riya's handbag for her (how cute). It is the first time, Riya and Shivam were photographed by the paparazzi post-wedding and the couple was all smiles. Riya and Shivan got married in August 2017 in a simple traditional Bengali wedding, which was attended by her close friends and family members only. Take a look at Riya and Shivam's airport pictures here: 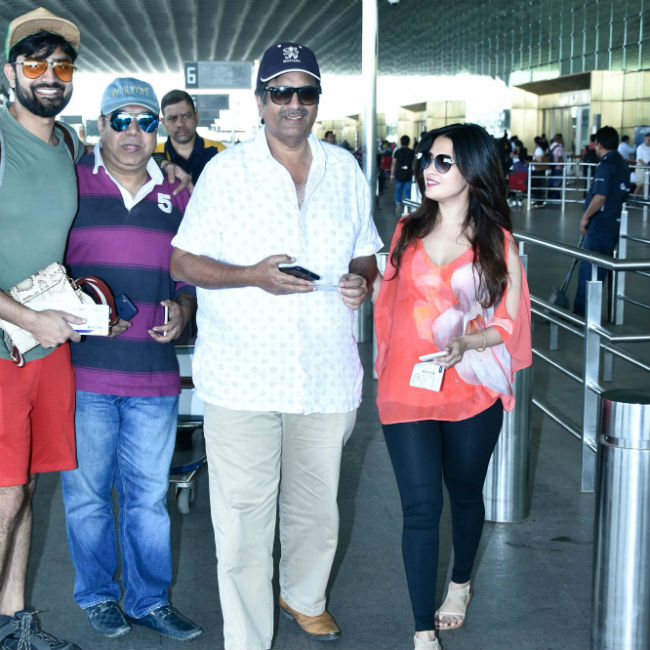 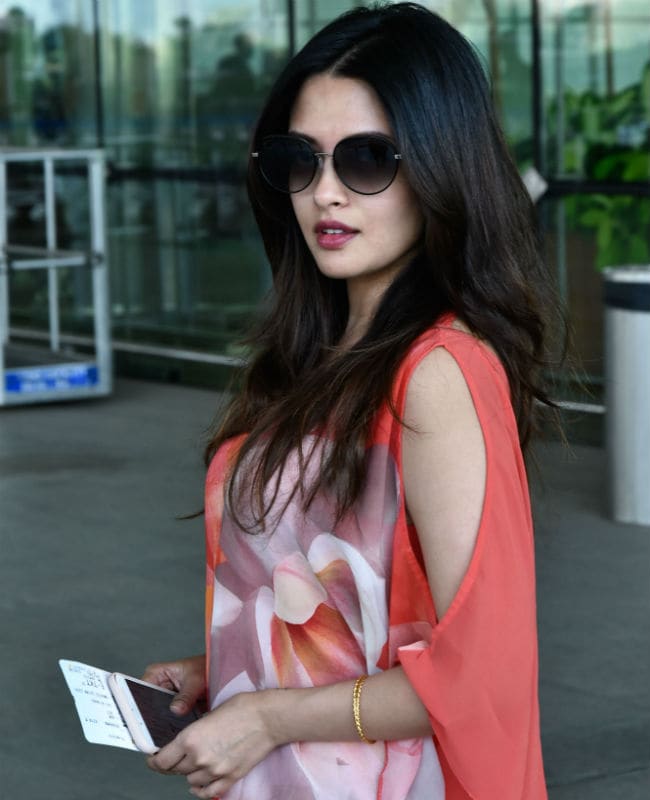 My first #Karvachauth and waiting for the #moon in #mumbai . Does seeing #MoonMoonSen count ? this pic happens to feature my sis and bro in law , the creators of #India's #Indi.com #channel )

Promoted
Listen to the latest songs, only on JioSaavn.com
Riya Sen was last seen in web-series Ragini MMS Returns, produced by Ekta Kapoor's ALTBalaji. The series also featured actors Karishma Sharma and Nishant Malkani. At the time of shooting, Riya apparently had issues with the number of intimate scenes and had them toned down. "I had reservations shooting for the intimate scene. I discussed my discomfort with Suyash and finally convinced him to tone down the scene," IANS reported Riya as saying.

Riya Sen, daughter of actress Moon Moon Sen, is best known for her roles in Bollywood films such as Jhankar Beats, Style and Apna Sapna Money Money. She has also made Bengali films like Abohoman and Noukadubi, co-starring her sister Raima.
Comments
riya senshivam tewaririya shivam

"Will You Be My Girlfriend?" Asks Anand Ahuja In His Appreciation Post For Sonam. Her Reply