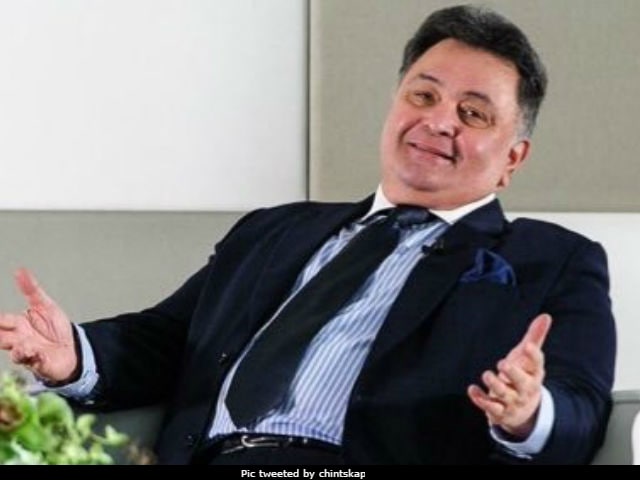 New Delhi: Rishi Kapoor, undaunted by repeated trolling, has posted another tweet about Pakistan, this one an Independence Day greeting. Mr Kapoor, 64, tweeted last night, "Wishing all my friends from Pakistan a Happy 'Youm-e-Azaadi' ka din. Happy Independence Day. Let peace, brotherhood and love prevail." The responses he received are divided between others also wishing Pakistan and those offended by the actor's tweet. "This doesn't qualify for a reply," said one comment. Several others rebuke Rishi Kapoor for wishing 'terrorists.' One commenter reminded Mr Kapoor that his tweet was a day early - Pakistan's Independence Day is today.

Rishi Kapoor has also been praised for his tweet in several comments. "That's how easy it is to diminish distances. Respect and shukriya," reads one response.

Congratulations Pakistan! You enter finals? Wow! Good to see you wearing our colour BLUE! Get ready to be BLUED now! We will BLUE you away!

He's always willing to participate in an argument, as long as it doesn't descend to the level of abuse - Mr Kapoor has himself been accuse of sending abusive messages to Twitter users, some of them female, who disagree with him.

In June, after India lost to Pakistan in the final of the ICC Champions Trophy, Rishi Kapoor tweeted: "Ek baat to manna padega! My any type of tweet shakes the shackles of the Pakistani youth whom I love. They reciprocate to me right or wrong! YO!"

Rishi Kapoor, last seen in the films All Is Well and Kapoor And Sons, is currently working on 102 Not Out which reunites him with Amitabh Bachchan, his co-star of films such as Amar Akbar Anthony and others.
Comments
rishi kapoorpakistan