Rishi Kapoor, We Love You But Think Your Tweets Are Getting Very Rude 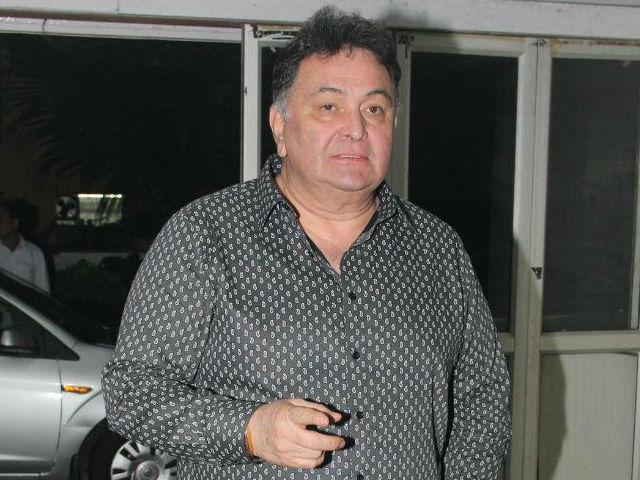 New Delhi: We've often said that the extremely unfiltered Rishi Kapoor is our favourite person on Twitter and so he is - but we'd love for the 63-year-old actor to rethink some of his tweets.

Mr Kapoor often complains that Twitter doesn't get his jokes. We didn't really get this crack about Kim Kardashian's dress - she looks perfectly nice, we think, and not at all like a bag of onions.

Onions in a mesh bag! pic.twitter.com/YXCXPJV3iN

Perhaps we are the only ones because the comments thread to the tweet is filled with people offering quips of their own, though a couple of users have said that 'personal comments are in bad taste.'

If the Kim K jibe was a little unnecessary, Mr Kapoor's tweet about Hillary Clinton some days ago was downright offensive. Too distasteful to be reproduced here, the 'joke' referenced Monica Lewinsky and was received with alarm and anger by the actor's followers.

Rishi Kapoor was unrepentant, responding to accusations of misogyny with this tweet:

I commented on Trump and so I did on Hillary.You don't like it,delete me. My forum is a fun one. Lots tweet on me being drunk.That's sad!

If we may, Mr Kapoor - stick with the hilarious observations about shopping at Zara and suchlike. Everyone laughs and nobody's insulted - that's what we call a fun forum.