Rishi Kapoor Death Anniversary: 10 Films Of The Legend To Watch 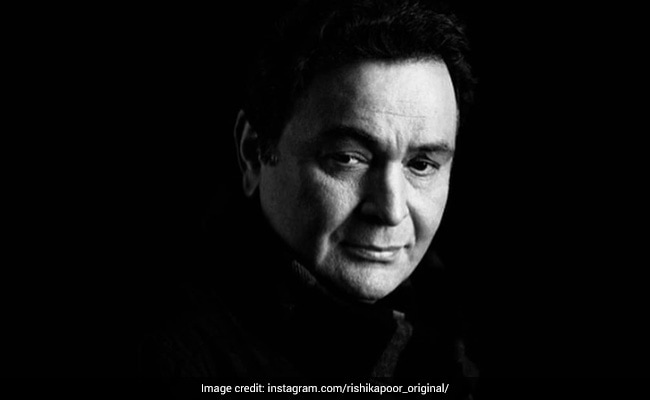 If one was to make a list of actors who embodied the idea of romance in Bollywood, the late Rishi Kapoor would be one of the first names on the list. During his career that spanned several decades, Rishi Kapoor has immortalised several roles. As Monty, the rockstar from Karzz, Rishi Kapoor made us fall in love with his charming ways. And decades later, he made fans recoil in horror with his spirited performance as Rauf Lala, a woman trafficker in Agneepath. The actor died on April 30, 2020, after a prolonged battle with cancer.

On his death anniversary, we look back at 10 of his most inspiring performances

We had to start with a classic that features Rishi Kapoor with his wife Neetu Kapoor. The two play a young couple in love and in the quest for some harmless fun, play a prank on a wealthy jeweller, only to get framed for murder. This is one fun ride, you do not want to miss.

This 1977 classic needs no introduction. Written by Kader Khan, the film features a stellar star cast including Rishi Kapoor, Neetu Kapoor, Amitabh Bachchan, Vinod Khanna, Shabana Azmi and Parveen Babi in lead roles. And, might we add, it is all things fun.

This classic has gained a cult following over the years and Rishi Kapoor's role as Monty, the rockstar, has been the benchmark for charm and romance since the film's release in 1980.

Another multi-starrer, Kabhi Kabhie is a movie story spanning generations about the love story of generations and how a chain of events brings together old lovers as friends.

The film speaks about the need to fight against traditions for what is right. Prem Rog speaks about the subject of widow remarriage and Rishi Kapoor's character spearheads the conversation to bring justice to the woman he loves.

Nagina is a commercial potboiler that brings the best of Bollywood and folk tales into a single plot. The film is a treasure trove of talent, many of whom are not present with us today including Rishi Kapoor, Sridevi and Amrish Puri.

Another Sridevi-Rishi Kapoor hit, this film had ample Yash Chopra magic, stellar performances and iconic songs. This is Bollywood romance done right and deserves a re-watch.

Starring Rishi Kapoor and Neetu Kapoor as a middle-class couple, this is a slice-of-life drama that is worthy of attention. In the film, Rishi Kapoor plays a teacher who picks honesty over the luxury of comfort and you want to cheer for him every step of the way.

Rishi Kapoor can evoke fear as easily as he can inspire love and in Agneepath – the remake of the 1990 film of the same – he proved this. Rauf Lala is a character that is not present in the original and was written for the 2012 film, and Rishi Kapoor made it one of the most irreplaceable parts of the movie.

Rishi Kapoor's last film was released posthumously and featured the actor in the role of a  middle-class widower, who decides to find his passion post-retirement. Due to Rishi Kapoor's illness and his death, the character of  Brij Gopal Sharma was partly played by Rishi and partly by Paresh Rawal. The film is a befitting swan song to the great artist, who almost always managed to rise above the films that featured him.

Watch it for the innocence and chemistry of the lead cast of Rishi Kapoor and Dimple Kapadia. Also, who can forget the iconic Hum tum ek kamre mein band ho and Main shayar to nahi?

Tell us your favourite Rishi Kapoor film from the comments below.