Steven Spielberg, said in a statement that Richard Donner had a "powerful command of his movies" 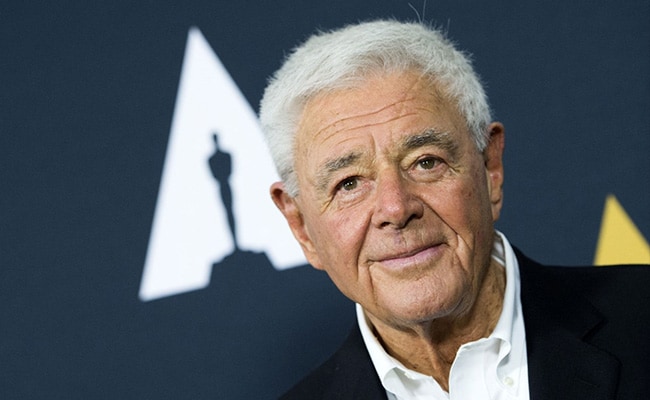 Richard Donner, a prolific filmmaker who directed the first Superman movie, The Goonies,, and other blockbuster hits, died on Monday at age 91, US media reported. Richard Donner's other credits include the 1976 horror classic The Omen, the Lethal Weapon cop franchise with Mel Gibson and Danny Glover starting in 1987, Scrooged (1988) and his final movie in 2006, 16 Blocks.

He also directed episodes of iconic 20th century television shows such as Get Smart, Perry Mason, Gilligan's Island and The Twilight Zone, according to IMDB, and took on a producer role for blockbuster hits including X-Men and Free Willy.

The Hollywood Reporter cited Donner's assistant in confirming his death, while Deadline said there was no cause of death revealed by Donner's business manage or producer wife, Lauren Schuler Donner. "Richard Donner had the biggest, boomiest voice you could imagine," Goonies star Sean Astin said on Twitter.

"He commanded attention and he laughed like no man has ever laughed before. Dick was so much fun. What I perceived in him, as a 12 year old kid, is that he cared. I love how much he cared," Astin tweeted about his time acting in the 1985 teen treasure hunt movie.

Fellow director Steven Spielberg, who wrote the story on which The Goonies was based, said in a statement that Donner had a "powerful command of his movies."

"Being in his circle was akin to hanging out with your favorite coach, smartest professor, fiercest motivator, most endearing friend, staunchest ally, and - of course - the greatest Goonie of all," Spielberg said in the statement tweeted by his production company Amblin.

Richard Donner was born in the Bronx and grew up in New York before attending New York University and joining the US military, according to the Hollywood Reporter.