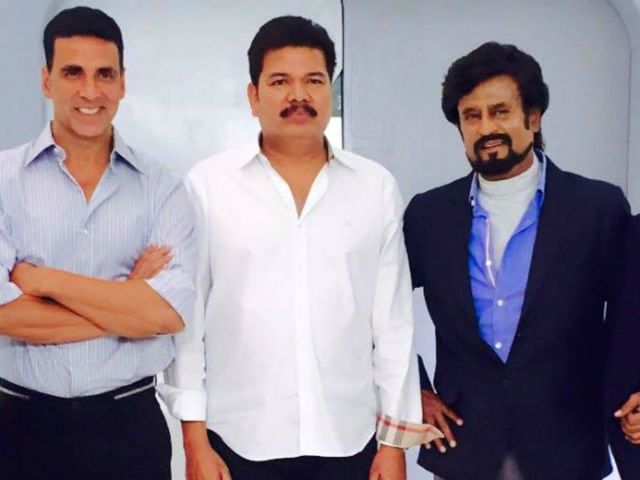 This image was posted on Facebook by Akshay Kumar

That's what we thought when we saw Akshay Kumar's look in upcoming Tamil film 2.0, in which the 48-year-old actor plays the antagonist opposite superstar Rajinikanth.

A fan club tweeted this photograph of Akshay shooting for the film, dressed in a black feathery costume with a grey hairdo, red eyes and grey eye'bushes'. (Also Read - It's Rajinikanth vs Khiladi in Enthiran 2. Akshay Kumar Cast as Villain)

Akshay's character in the film, named Dr Richard, is reportedly a scientist who turns into a crow.

2.0, also referred to as Enthiran 2, is a sequel to Rajinikanth's 2010 blockbuster Enthiran (Robot in Hindi) where the superstar played a double role - the antagonist Chitti the robot and the hero, a scientist named Vaseegaran who created Chitti. He reprises both roles in 2.0. (Also Read: Rajinikanth's Enthiran Team Coming to Delhi to Film Sequel)