This picture is the definition of perfect 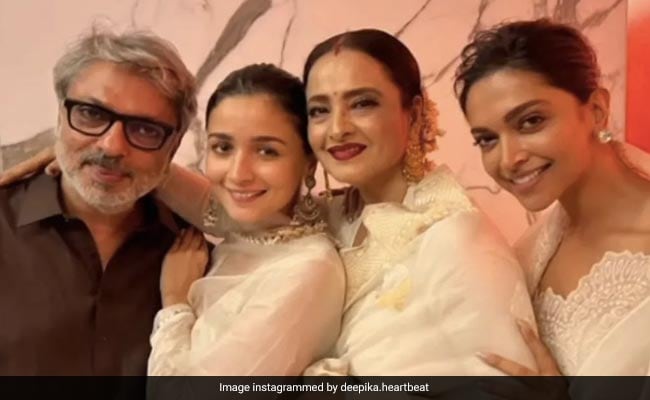 When two of the best actresses of the current generation pose with a veteran star and an accomplished filmmaker in a single frame, the results have to be amazing and so they are. In case you are wondering who we are talking about, we are referring to a picture of Deepika Padukone, Alia Bhatt, Rekha and Sanjay Leela Bhansali posing together. The women in the picture can be seen dressed in white outfits. The picture appears to be from the screening of the film Gangubai Kathiawadi held last week. Alia Bhatt and Deepika Padukone attended the screening together. Rekha was on the guest list too.

The picture has been curated by several fan pages dedicated to the actresses on social media. Take a look at the picture here:

Here's a picture of Alia Bhatt and Deepika Padukone at the screening of Gangubai Kathiawadi: Alia and Deepika at the screening.

Rekha, who was also one of the attendees at the Gangubai Kathiawadi screening held last week, happily posed for the shutterbugs. 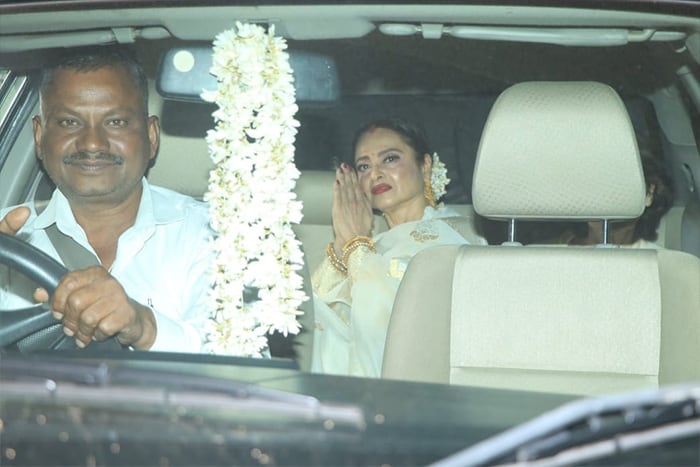 Gangubai Kathiawadi opened to stellar reviews from film critics. The film has been equally adept at impressing the audiences. The film has managed to collect Rs 50 crore in less than 5 days.