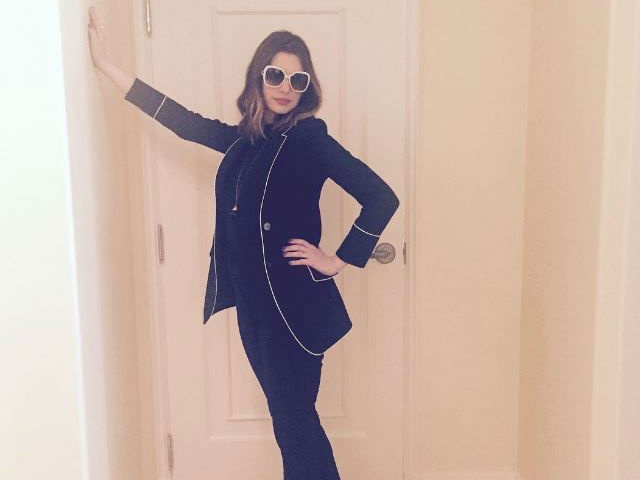 This image was posted on Instagram by Anne Hathaway

Los Angeles: Actress Anne Hathaway, who welcomed her son in April, has shared an empowering message about post-baby weight loss. The Intern star shared an image of a pair of her jeans that she cut into shorts and wrote a powerful message to go with it:

There is no shame in gaining weight during pregnancy (or ever). There is no shame if it takes longer than you think it will to lose the weight (if you want to lose it at all). There is no shame in finally breaking down and making your own jean shorts because last summer's are just too dang short for this summer's thighs. Bodies change. Bodies grow. Bodies shrink. It's all love (don't let anyone tell you otherwise.) Peace xx #noshame #lovewhatyouhavebeengiven

Anne's empowering post comes nearly three months after her appearance on The Ellen DeGeneres Show, where she explained how she was horrified by a trainer at the gym who called her out for wanting to lose the baby weight instead of congratulating her for having a baby at all.

"If somebody says, 'I had a baby 13 years ago' you say, 'You look great.' That is what you do. That is the etiquette," she explained on the talk show. "So I say to this guy, 'I had a baby seven weeks ago. And he goes, 'Oh, trying to lose the baby weight'," she said.

The Princess Diaries actress managed to keep her cool in the moment but confessed that she walked away and cried from being bodyshamed. As a result, she didn't go back to the gym right away.

Four months after giving birth, Anne has learned a post-baby body is nothing but a blessing.