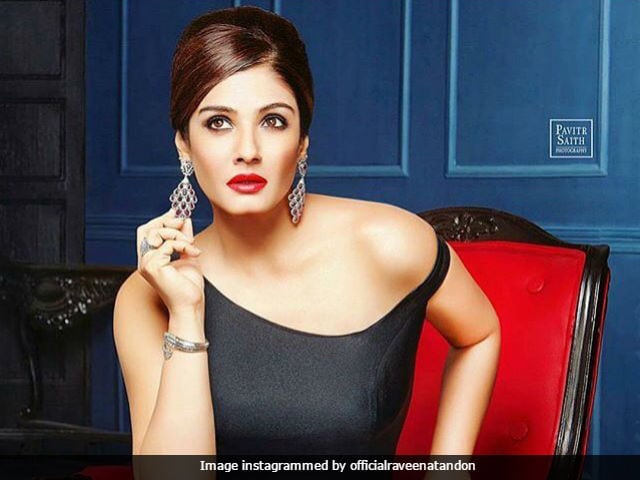 New Delhi: Raveena Tandon, who is awaiting the release of her upcoming movie Maatr - The Mother, told news agency IANS that Salman Khan has always supported her in times of need. Raveena Tandon has co-starred with Salman Khan in films such as - Andaz Apna Apna and Patthar Ke Phool. The 42-year-old actress told IANS: "Salman and I used to fight a lot on trivial issues. We have fought over a bubble gum! But honestly, Salman is a fantastic person at heart. If I have to name one person who has stood by my side as a friend, it would be him." She added: "All others turn their back in times of need, but Salman has always fulfilled his promise as a friend. He was always there for me when I needed him."

Raveena Tandon said Salman Khan visited the sets of her ad film while he was looking for a female lead for his film Patthar Ke Phool. She said: "What followed was a series of calls from Salim Khan and G.P. Sippy to my father, asking him to convince me for the film. I then agreed to do the film."

On Tuesday, the first poster of her upcoming movie was released by the makers of the film. In the poster, Raveena Tandon has a fierce expression. Maatr - The Mother, directed by Ashtar Sayyed, is scheduled to release in theatres on April 21. The film also features Madhur Mittal in lead roles.

Promoted
Listen to the latest songs, only on JioSaavn.com
Raveena Tandon had last made a cameo appearance in Anurag Kashyap's Bombay Velvet (2015) starring Ranbir Kapoor, Anushka Sharma and Karan Johar. She will be returning to big screen after a gap of two years. She will also feature in Shab, directed by Onir. The film features Arpita Chatterjee, Ashish Bisht,Simon Frenay and Areesz Ganddi.