"We are ready to wait for things to get normal and then release it in cinemas," said Kabir Khan 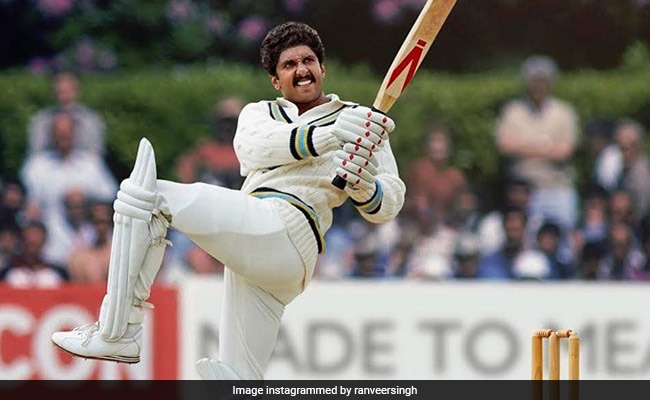 Ranveer Singh in a still from 83. (Image courtesy: ranveersingh)

Contrary to the reports that Ranveer Singh's '83 might release online, the makers have now clarified that the film will have a theatrical release, reported Hindustan Times. The film was earlier scheduled to release on April 10 but due to the coronavirus outbreak, it was postponed indefinitely. As per a Hindustan Times report, director of the film Kabir Khan refuted the reports that '83 might release directly on a digital platform. "83 is a film that has been envisioned and made to be experienced on the big screen and we are ready to wait for things to get normal and then release it in cinemas," he was quoted as saying by the publication. Trade analyst Taran Adarsh also confirmed the news on social media and tweeted: "'83 will release in theatres first, as and when the time is appropriate... won't release on OTT platform first... #Clarification #OfficialNews." Take a look at Mr Adarsh's tweet here:

#Xclusiv: #83TheFilm will release in theatres first, as and when the time is appropriate... WON'T release on #OTT platform first... #Clarification#OfficialNews#83TheFilm stars #RanveerSingh as #KapilDev. pic.twitter.com/AbdwBoNwcg

'83, based on India's World Cup win in 1983, stars Ranveer as skipper Kapil Dev and Deepika Padukone as his wife Romi. The film is produced by Kabi Khan, Madhu Mantena, Vishnu Induri and presented by Reliance Entertainment.

Earlier, in an interview with news agency PTI, Reliance Entertainment Group CEO Shibashish Sarkar said that team '83 is aiming for theatrical release. Talking about the digital release reports, he told PTI: "There is no truth in this. As producers and even the director, we all are on the same page that we want to wait for theatrical release for next few months. We will first complete the film then we will wait. If six or nine months down the line the situation becomes much worse, we will take a call at that time."

"There is no hurry. Everybody has shown interest in this project, but we are not engaging in any discussion for a straight to digital release currently. We will wait for next four to six months before taking any further call," he added, reported PTI.