Ranveer Singh Says, 'I Have Been Fortunate Enough To Experience Both Highs And Lows'

"I'm glad that the lows were there because they taught me a lot," said Ranveer Singh 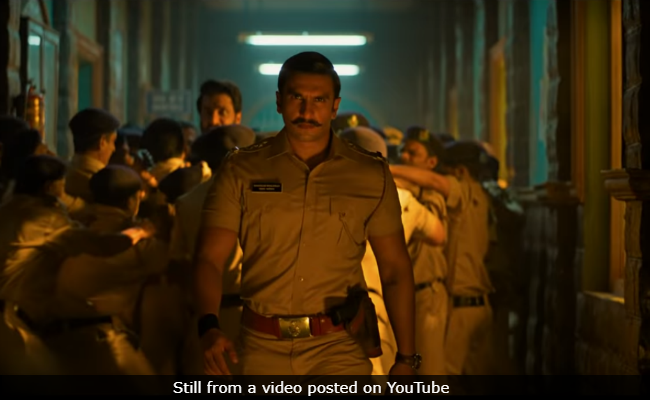 Ranveer Singh will next be seen in Simmba. (Image courtesy: YouTube)

Hopes are high from newly-married Ranveer Singh, who is set to woo quintessential Bollywood fans with Simmba later this month. After eight years of entertaining audiences, the actor says he does not feel any pressure to deliver his best as he sees it as a responsibility towards what he loves doing -- acting.

Asked if he feels pressure with so many hopes riding on him, Ranveer told IANS in an e-mail interaction from Mumbai: "I have been fortunate enough to experience both highs and lows. (I have been) lucky and blessed that there have been more highs than lows, but I'm glad that the lows were there because they taught me a lot."

The actor, who faced failure with films like Befikre and Kill Dil, says it taught him that filmmaking is a collaborative process.

"According to me, whether it's my most successful film or least successful film - I know in my heart of hearts that I tried my best, I performed with all honesty and never gave less than a 100 per cent. If a film did not work, that is not in my hands. From my point of view, my perspective, I gave it everything."

"For a film to become a hit or a flop, there are many variables and many factors. That said, I don't get pressurised. I see it as a responsibility to what I love doing," he said.

Ranveer, who got married to his long-time lady love Deepika Padukone in November, says he feels responsible when filmmakers come to him for collaborations.

"When filmmakers collaborate with me, I only assume that they expect me to bring something to the table creatively and I like that. I appreciate that the finest filmmakers look upon me as a collaborator. It's something to be proud of and so I feel responsible," said Ranveer, who has worked under the direction of Sanjay Leela Bhansali, Zoya Akhtar, Aditya Chopra and Vikramaditya Motwane.

As a performer, Ranveer said his effort is always to make people associated with him proud.

"I want to make my fans, family, my team everybody who is directly or indirectly connected to me, my life, my career - proud. So, I feel responsible in that way. So yes, I don't feel pressurised, but I definitely do feel responsible," he added.

Ranveer, who has been feted with the "entertainer of the year" award by a magazine, has a bag full of films coming up. His next film Simmba, where he is playing a police officer. Then there's Gully Boy, '83 and a period drama Takht.

The actor's last Bollywood outing was Bhansali's "Padmaavat", in which he essayed the role of Alauddin Khilji. Ranveer upped his own game with his powerful acting and eccentric mannerisms in the film, and captivated cine-goers with his stand-out performance, which set the bar higher for Bollywood villains.

"Khilji's part was mentally and emotionally taxing for me. I don't think I'm keen on going into the dark space again anytime soon. That said, I want to keep doing different things. I will explore new characters that have a fresh set of layers to play. I never say never, but probably not anytime soon," he said.

Ranveer was in fact advised by many people to not play Khilji.

"The rationale behind that was pretty convincing. They rationalised saying how audiences are very emotional, they even draw lines between actors and stars. If they love a character, they will shower the love on who played the character and if they hate the character, that hate will come upon the actor."

But the 33-year-old star saw it differently.