Sunny Leone "Has A Problem, She's Addicted." To What? Find Out Here

In the video, the actress can be heard telling a spot boy for coffee 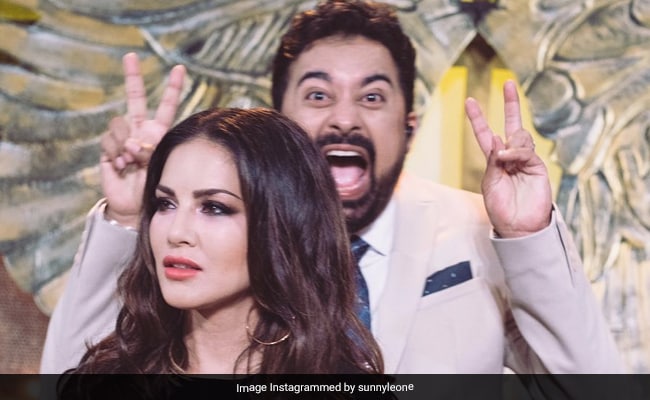 In a video Sunny Leone can be heard asking spot boy for coffee (Credit: @sunnyleone)

Sunny Leone loves her work. The actress is currently stationed in Kerala fulfilling her professional commitments. And, while we are surely impressed with her work ethic, we often wondered about the secret behind the actress' chirpy mood during her long and tiring hours on the sets. Now, Sunny's co-host, actor Rannvijay Singha has revealed the secret behind the 40-year-old's energy on the sets of the reality show Splitsvilla. In a fun Instagram Reels, the actor said that Sunny has a coffee addiction. Sharing the video, Sunny wrote in the caption, “My addiction!!” followed by laughing emojis.

In the video, we can see Rannvijay sipping on a drink. Sunny Leone, who is standing with her back to the camera, is heard asking the spot boy for her drink. “Dada, coffee,” she says. Hearing this, Rannvijay adds, “She has a problem. She is addicted.” To this, Sunny Leone says, “No.”

The actress who recently celebrated her birthday in lockdown shared a goofy picture of herself from the party night. Dressed in a black T-shirt, pair of distressed denim jeans, and a black jacket, Sunny Leone said, “Had to bring the excitement to my lockdown birthday!!” She is also seen wearing a flowery headband that had some balloons affixed to it.

The actress had also shared a video thanking her family and fans for making her birthday special. In a heartwarming note, she said, "So thankful to all the love put into making me feel special on my birthday. We make due with the resources around us but Nisha, Asher, Noah and Daniel Weber out did themselves. Beyond touched. You can have all the things in the world but without family you are nothing. I'm lucky enough to have a beautiful family, friends and truly everyone out there who blesses me with their love! I love you all so so much.”

A while back, Sunny Leone posted another photo where she is seen posing in front of a scenic waterfall. “Make the best of every situation!!” read the caption.