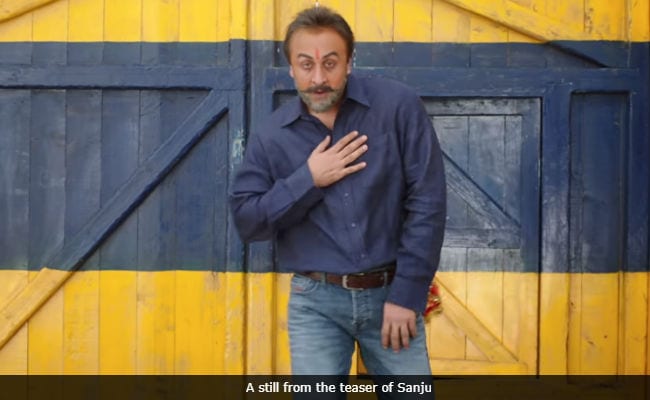 Ranbir Kapoor's highly-anticipated film Sanju was leaked online a day after it released and the pirated video was widely circulated across all social media platforms. mid-day reports that the makers of Sanju are already at work and monitoring the piracy and the source of it. Over the weekend, Fox Star Studios, the distributors of Sanju, appointed five special teams to remove the film's pirated version from web at the earliest. "While the five teams are trying to pull the film down from various sites, a few download links are still available. In a pre-emptive move, the makers had released the film in the UAE only on Friday, instead of Thursday as is the norm, hoping that it would reduce the chances of it getting leaked from the Middle East. Ideally, the team should have procured a John Doe order, given how rampant piracy has become in this country," source told mid-day.

The John Doe order directs any platforms (Internet, telecom) to ensure that any illegal content from is not made available on their services.

Meanwhile, for Sanju's piracy, mid-day reports that director Rajkumar Hirani and producer Vidhu Vinod Chopra have already lodged a complaint with the Cyber Crime Cell. "The tech team of the cyber cell too is helping the in-house team in curbing the piracy. If the pirated copies exist post Monday, the cell will take the matter into their hands and begin a thorough investigation," the source told mid-day.

Promoted
Listen to the latest songs, only on JioSaavn.com
Previously, films like Udta Punjab and Great Grand Masti had become available online even prior to their release. While some stills from Janhvi Kapoor and Ishaan Khatter's forthcoming film Dhadak were also leaked. After which, the makers banned phones on the sets. Filmmaker Sanjay Leela Bhansali also follows a no-phone policy on his films sets after a few images from 2013's Ram Leela were leaked.

Ranbir Kapoor's Sanju, a biopic on Sanjay Dutt, has already made Rs 120 crore at the box office and broke some records of major films.
Comments
sanjuranbir kapoor sanjusanju leaked online