Ranbir Kapoor On Becoming Sanjay Dutt: Never Put On So Much Weight Before 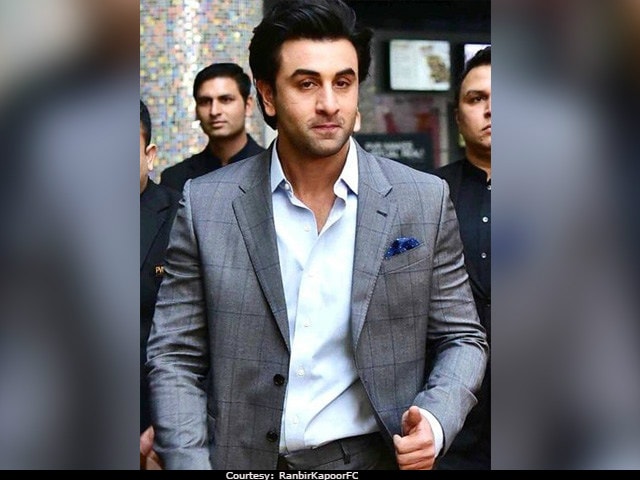 Ranbir Kapoor plays the role of Sanjay Dutt in the biopic (courtesy: RanbirKapoorFC)

New Delhi: Ranbir Kapoor, who has gained over 13 kilos to play actor Sanjay Dutt in a biopic, told news agency IANS that he's 'never put on so much weight before.' Ranbir, 34, looks noticeably heavier now and was asked about his extra kilos at an event in Mumbai. "It has been an inspiring journey for me to be playing Sanjay Dutt for the silver screen. I have never put on so much weight before and now plan to reduce some weight for the next phase of shooting," Ranbir said, reports IANS. The biopic of Sanjay Dutt is being made under the stewardship of Rajkumar Hirani, who directed the actor in the Munna Bhai films and also cast him in a small role in 2014 film PK, which released while Mr Dutt was serving a jail term. "It's amazing to be working with a director like Rajkumar Hirani," said Ranbir (who had a cameo in PK), reports IANS.

The film will track Sanjay Dutt's life and career starting from when he was 22 and making his debut as a Bollywood hero in 1981 film Rocky. Ranbir Kapoor will be transforming himself to play Mr Dutt at varying stages - as a lean young actor, as his beefier older self, and after his stint in rehab.

It's been challenging. Kunal Gir, who trained actor Rana Daggubati for Baahubali, is in charge of Ranbir's look and has revealed that the 13 kilos the actor has put on is mostly muscle. Ranbir's diet has been changed to include more vegetables, he works out for an hour-and-a-half every day, and wakes up at 3 am to down a protein shake.

Pictures of Ranbir Kapoor made up to look like a young Sanjay Dutt went viral a while ago:

Ranbir's commitment to becoming Sanjay Dutt will also reportedly see him spend a week in Bhopal jail - Sanjay Dutt served a five-year sentence in Pune's Yerwada prison for illegally possessing arms in a case connected to the 1993 Bombay Blasts.

The biopic is lacking a name but the cast is full house - Paresh Rawal, Manisha Koirala and Sonam Kapoor have lately been joined by TV star Karishma Tanna.

Promoted
Listen to the latest songs, only on JioSaavn.com
Meanwhile, Sanjay Dutt is also making a film - Bhoomi is his first since he left jail and co-stars actress Aditi Rao Hydari.