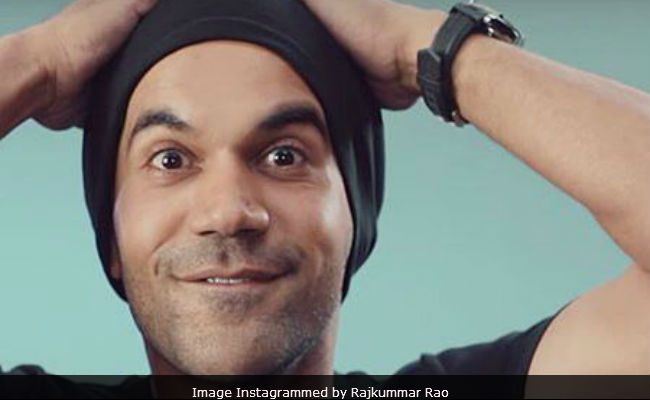 Mumbai: National Award winning actor Rajkummar Rao said he was never affected by the controversy on his film Newton, which has been selected as India's entry for the Best Foreign Language Film Oscar nomination. After Newton was announced as India's Oscar entry earlier this year, some media reports indicated a similarity in its plot with Iranian film Secret Ballot. The comparisons were put to rest by the makers. Rajkummar told IANS: "I was not affected by the controversy of Newton because I knew that these two are two different films. I knew it from the script. However, I am happy that everyone who created the controversy, has got an answer when the producer made a statement mentioning that the film is different from Secret Ballot."

The actor will next be seen in the film Shaadi Mein Zaroor Aana opposite Kriti Kharbanda. The story of the film revolves around two young people and their journey of five years.

Giving an insight to his character, Rajkummar said: "My character has a journey that travels the phase from a college pass out of a small town to falling in love with a girl and to becoming a successful, rich guy. It is a revenge story and how love makes you do things that you cannot do otherwise."

Shaadi Mein Zaroor Aana is yet another of Rajkummar's films to be set in the small town milieu after Behen Hogi Teri and Bareilly Ki Barfi.

Does he find it interesting to work on such film as this genre is working at the box office?

He said: "See, for me, experience counts first, and then the numbers. I have to like the film enough to invest my time. Rest will fall in place. Yes, Bareilly Ki Barfi worked and I am happy. See, I am trying to say that at the end of the day, I do not want to say that 'I shouldn't have done this film'. Therefore, liking the film from my end is important."

Interestingly, well-known male actors are becoming a part of a women-centric films and playing small yet significant parts -- like Aamir Khan in Secret Superstar and Manav Kaul in Vidya Balan-starrer Tumhari Sulu.

What does he think?

"I see no harm in playing small parts in a female-centric film if the role is pivotal. I have done it in Queen. For me, it is the importance of the character and not the length of it. So yes, I will be doing that in future."

Promoted
Listen to the latest songs, only on JioSaavn.com
Shaadi Mein Zaroor Aana will release on November 10.