Rajkummar Rao And Mouni Roy Start Filming Made In China 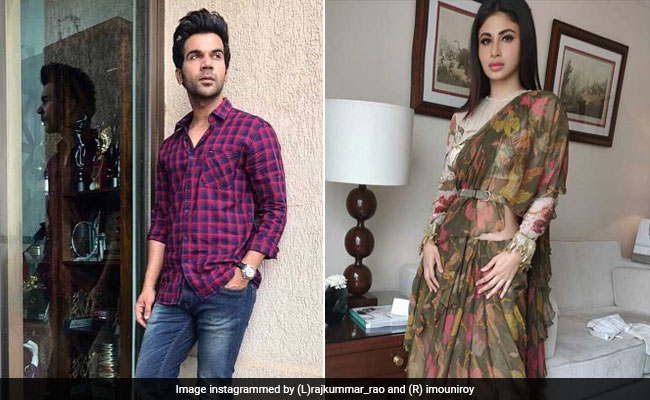 The first schedule of Made In China began on Tuesday. Rajkummar Rao, who plays the lead role in the film, shared a picture from the sets of the film and wrote: "A new beginning. Made In China starts filming today." In his tweet, Rajkummar Rao also mentioned that the film is slated to release on August 15, 2019. The film that went on floors in Ahmedabad today, will be directed by Mikhil Musale and it will be produced by Dinesh Vijan's production house Maddock Films, which also produced Rajkummar Rao's last film Stree. The film also stars Mouni Roy (who recently made her Bollywood debut in Gold) and Boman Irani.

Mouni Roy will be seen playing the role of Rajkummar Rao's wife in the film. In an interview with news agency IANS earlier this year, Mouni said that she is excited to be a part of the film and to work with Rajkummar Rao. "I think Rajkummar is a tremendous actor and I have always looked up to his work. I can't wait to start working with him. I am even more ecstatic to be a part of Maddock Films," IANS quoted Mouni as saying.

Made In China is a comedy film that will showcase the journey of a struggling Gujarati businessman (played by Rajkummar Rao), who wishes to be a successful entrepreneur. Made In China is scheduled to release on August 15, next year.

Mouni Roy's last film was Reema Kagti's Gold, co-starring Akshay Kumar. She will next be seen in Ayan Mukerji's Brahmastra.