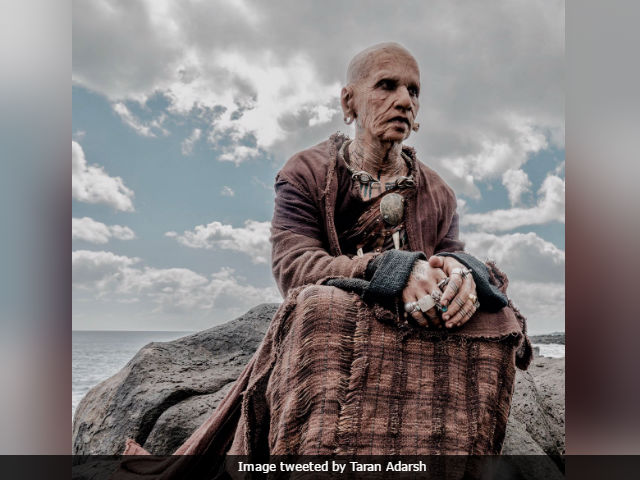 New Delhi: Did you identify actor Rajkummar Rao in the recently released trailer of Raabta? No? Well, he was in the trailer, just for a split second, disguised as a 324-year-old. Rajkummmar Rao has a small role in the upcoming romantic thriller film starring Sushant Singh Rajput and Kriti Sanon in lead roles and Jim Sarbh, best known Neerja, as the antagonist. Dinesh Vijan, who makes his debut as director with Raabta, told news agency IANS that Rajkummar was "kind enough" to do this role. He revealed that it was a tedious process for the 32-year-old actor to transform into 324-year-old character.

"Rajkummar was kind enough to do me a favour. It was tedious but, he patiently sat through it every day. I think, the idea of the prosthetics making him completely unrecognisable excited him as an actor," Dinesh Vijan said in a statement. The film's team reportedly did 16 look tests before picking the final one.

The makers roped in a special team from Los Angeles which worked in collaboration with the Dirty Hands Studio to get the right look for Rajkummar. The Trapped actor also had to work on his voice modulation and his styling - accessories and tattoos - was also immensely important for the overall outcome.

Of his role in Raabta, Rajkummar said: "It was so much fun as an actor. Dinoo (Dinesh) has a very clear vision as a director and he gave me a lot of freedom as an actor to explore. The prosthetics used to take almost five to six hours every day and then I would start sweating inside all that make-up. It needed quite a bit of patience," he added.

Promoted
Listen to the latest songs, only on JioSaavn.com
From the trailer, which released on Monday, Raabta looks like a love story which transcends time. Sushant and Kriti feature as young lovers who were separated and were born again to face a similar fate; Or will they be able to change their destiny this time? The answer will be out on June 9.