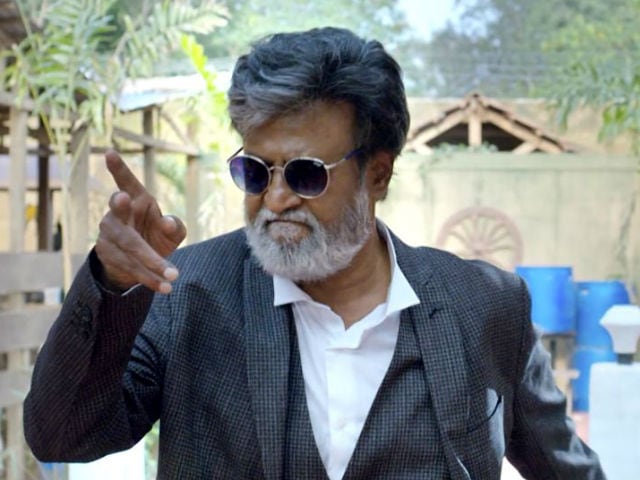 New Delhi: For South superstar Rajinikanth's fans, Friday cannot get here fast enough. This is the big Kabali week, when the 65-year-old actor's massively anticipated new film opens worldwide in Tamil and dubbed in Hindi, Telugu and Malayalam. Advance booking for the film has opened in some parts of Karnataka and Kerala and tickets are reportedly selling at inflated prices.

International Business Times reports that certain theatres have unofficially opened bookings for the film and that tickets are priced between Rs 500 and 600.

Online, the Urvashi Digital 4K Cinema on Bengaluru's Lalbagh Road (one of the theatres cited by IBT), appears to be selling tickets for Rs 400 and above. Many shows are sold out already.

The Tamil and Telugu versions of Kabali will also play in 400 cinemas in USA. Bookings opened last week and were sold out for some shows. "We opened bookings on Tuesday and in less than two hours tickets were sold out at Towne 3 cinemas, San Jose. The tickets for premieres are priced at $25, and there's huge demand for tickets," distributors CineGalaxy told news agency IANS.

This sort of frenzied atmosphere is characteristic of any Rajinikanth release, which is normally heralded by fans pouring milk on cutouts of him. This time, publicity for the film has included such high-profile brand partnerships as having a Kabali-themed Air Asia flight that will ferry the actor's fans to watch first day, first show. Kerala-based finance company Muthoot Fincorp is rolling out 999 silver coins stamped with Rajinikanth's image.

In an anti-piracy ruling last week, the Madras High Court banned service providers and websites from making the movie available for illegal download.

Gangster film Kabali stars Rajinikanth as a mob boss operating out of Malaysia, where the film has been partly shot. Directed by Pa Ranjith, it co-stars Radhika Apte and Taiwanese actor Winston Chao.