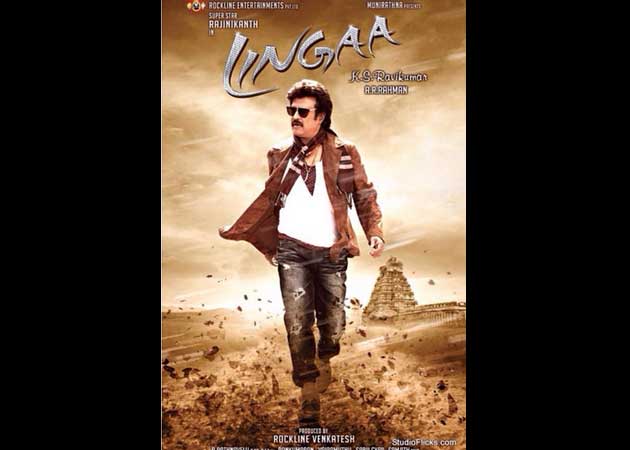 A poster from the film Lingaa

The shooting of superstar Rajinikanth's Lingaa, which is currently taking place in the Shimoga district of Karnataka, has reached the final stages of completion. Some important stunt sequences involving Hollywood stunt choreographer Lee Whitaker are currently being shot.

"We are currently shooting the climax sequences. Hollywood stuntman Lee Whitaker is busy canning some important action scenes in the climax. The film has come out very well," a source from the film's unit told IANS.

The crew of Lingaa, which is being directed by KS Ravikumar, has been shooting non-stop in Shimoga.

"We have shooting here for nearly two weeks now. The team is expected to take a break next week as Rajini sir and Ravi sir are likely to attend the audio launch of Shankar's Ai," the source added.

Promoted
Listen to the latest songs, only on JioSaavn.com
Recently, filmmaker Shankar landed on the sets of Lingaa to invite Rajinikanth and Ravikumar for the audio launch of his upcoming Tamil directorial Ai, scheduled to take place here on September 15.

Lingaa, also starring Sonakshi Sinha and Anushka Shetty, features Rajinikanth in a dual role. The film is likely to release on December 12, coinciding with the superstar's birthday.