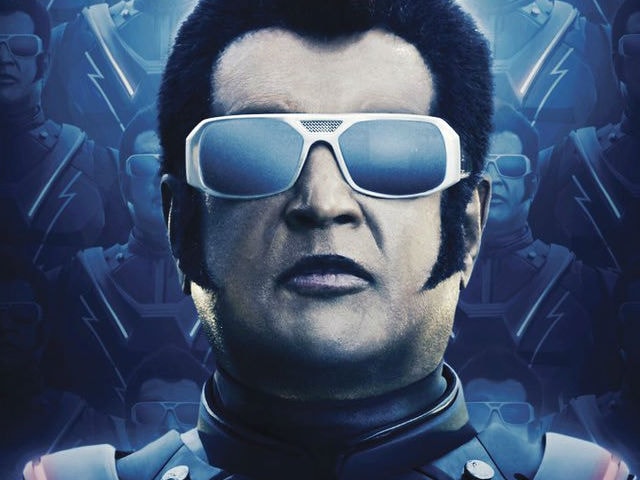 New Delhi: Superstar Rajinikanth's 2.0 is near completion, the film's director Shankar informed fans on Twitter. The directed wrapped a crucial scene of the film recently and said that filming of a song and some "patch work" is left for the final. The director wrote: "With my team after finishing a major scene of #2.0 . One song and some patch works are only the balance (sic)." The film is a sequel to 2010 hit film Enthiran (which released as Robot) in Hindi. Enthiran featured Rajinikanth, 66, as scientist Vaseegaran and his creation Robot Chitti. Rajinikanth will reprise both roles in 2.0 while Bollywood actor Akshay Kumar will play principal antagonist in the film.

With my team after finishing a major scene of #2.0 . One song and some patch works are only the balance pic.twitter.com/SG6o1nLUW4

Rajinikanth's 2.0 is one of 2017's most awaited film and is expects to hit the theatres around Diwali. The film stars Akshay Kumar as Dr Richard, whose experiment horribly backfires, as a result his appearance changes to Birdman and mad scientist crossover. Talking about his transformation into Dr Richard, Akshay told news agency IANS: "In my 25 years of career I have never put make up, but in this film pure 25 years ka kasar pura hogaya. It used to take me three hours to put the make up on and one hour to remove it (for the role of villain)."

In the film's first poster, Akshay, dressed in a black feathery costume with a grey hairdo, faced Rajinikanth, as Chitti.

Meanwhile actor Sudhanshu Pandey plays the film's second antagonist. He plays the role of Dr Bohra's (Danny Denzongpa) son in the sequel. In Enthiran, Dr Bohra corrupted Chitti's mind and turns him against Vaseegaran and was later killed by Chitti.

Promoted
Listen to the latest songs, only on JioSaavn.com
The film also stars Amy Jackson. The music for 2.0 is composed by AR Rahman.