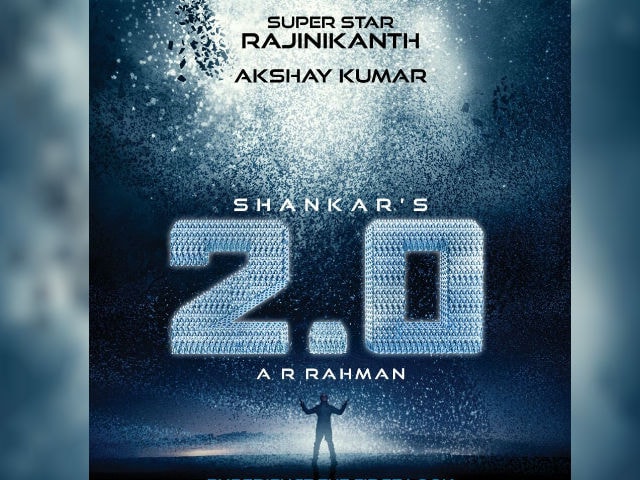 New Delhi: Actors Kamal Haasan and Shah Rukh Khan have been invited to an event where the first look of superstar Rajinikanth's upcoming Tamil science-fiction drama 2.0 will be launched, reports news agency IANS. The event is scheduled for November 20. Shah Rukh had earlier attended the music launch event of Rajinikanth's Kochadaiiyaan, which featured his Chennai Express co-star Deepika Padukone. Filmmaker Karan Johar, also popular for his talk show Koffee With Karan, has been roped in to host the event, which will take place at Mumbai's Yash Raj Studios in the presence of the entire cast of 2.0.

"Invitations have been sent to both Kamal sir and Shah Rukhji and even arrangements have been made for their hospitality. However, they are yet to confirm their presence, and hence, an official announcement is still pending," a source from the film's unit told IANS. The first look of 2.0 will also be live streamed on Lyca Production YouTube channel.

2.0 is the sequel to Rajinjikanth's 2010 film Enthiran, released in Hindi as Robot, which broke several box office records. The actor will reprise his double role of Dr Vaseegaran and the Chitti the robot in the sequel. Aishwarya Rai Bachchan, who starred in the original film, will not return in 2.0.

Recently, Rajinikanth tweeted a teaser poster of the film, which featured Akshay Kumar, who plays one of the antagonists:

Akshay, who plays an eccentric scientist named Dr Richard whose experiment goes horribly wrong, looks like a Birdman and mad scientist crossover, dressed in a black feathery costume with a grey hairdo.

The film's other antagonist is actor Sudhanshu Pandey, who has co-starred with Akshay in films like Khiladi 420 and Singh Is Kiing. Sudhanshu plays Dr Bohra's (Danny Denzongpa in Enthiran) son in the sequel.

Also starring Amy Jackson and Adil Hussain, the film has music by Oscar winner A R Rahman. 2.0, directed by S Shankar is reportedly made on a budget of Rs 350 crore. The film will release in Tamil, Telugu and Hindi.

Promoted
Listen to the latest songs, only on JioSaavn.com
Rajinikanth, 65, was last seen in the mega-budget Kabali, which was released to immense fanfare in July.