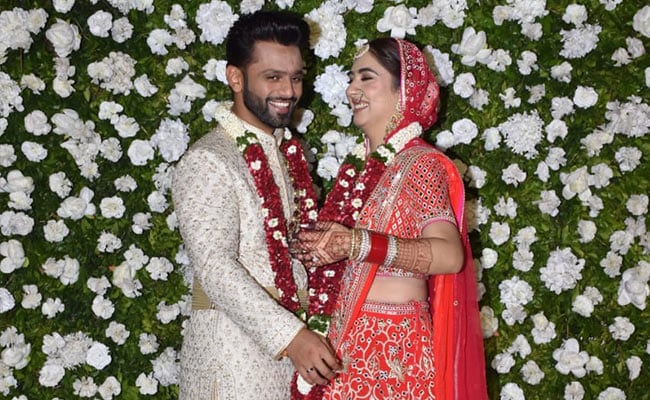 Rahul Vaidya and Disha Parmar at their wedding.

Congratulations, Rahul Vaidya and Disha Parmar! The couple is now married. Rahul and Disha, after their wedding, stepped out for a photo-op session with the paparazzi on Friday evening. The couple's wedding outfits were designed by Abu Jaani and Sandeep Khosla. Disha looked stunning in a red lehenga, while Rahul complemented her in a gold and cream sherwani. The couple was brimming with joy as they happily posed for the cameras. The guest list comprised only close friends and family members. Rahul Vaidya's bestie Aly Goni also attended the wedding.

See the pictures of the couple here: 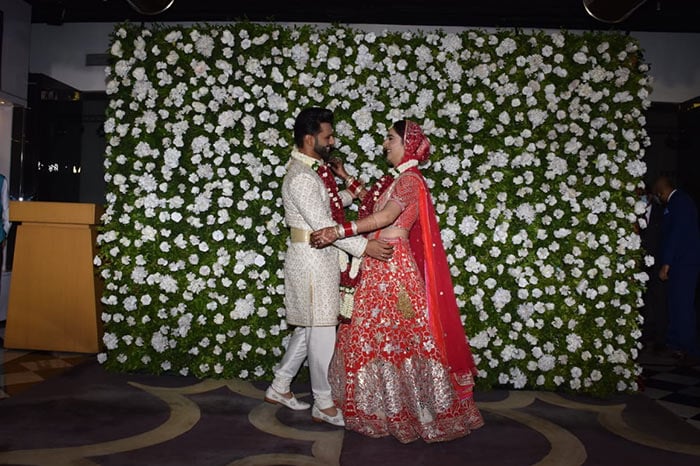 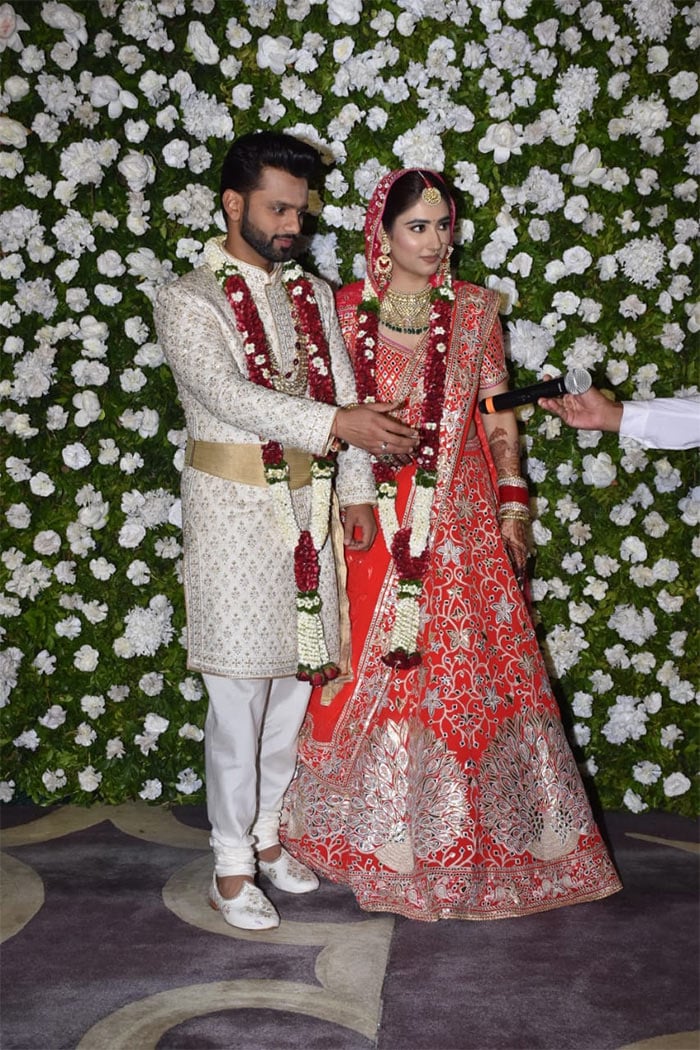 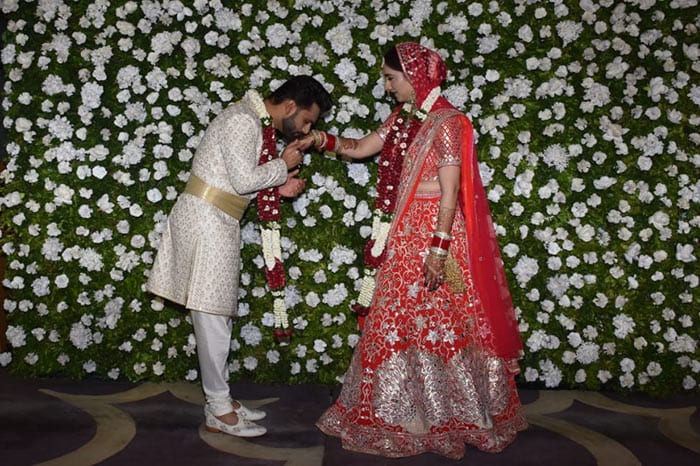 Congratulations to the couple. 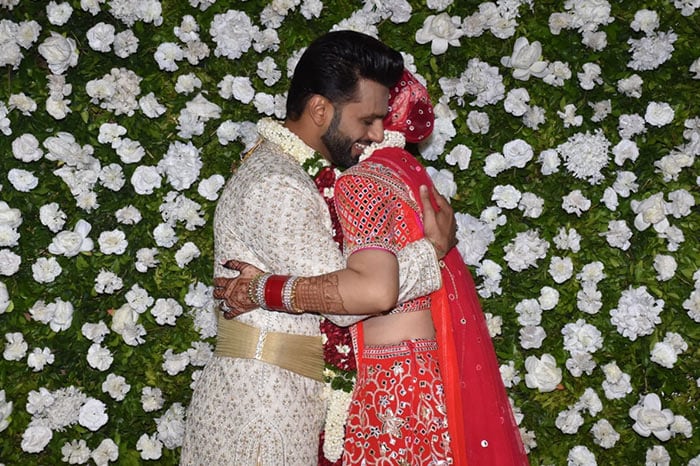 How cute is this picture.

Rahul Vaidya proposed to Disha on national television. The ​singer proposed to actress Disha Parmar on her 26th birthday last year on Bigg Boss 14. Rahul was seen sporting a white t-shirt with "Marry Me?" written on it. Calling her the "most beautiful girl" he has ever met, Rahul proposed to her. The singer said that he has never been more "nervous" and added that he doesn't know what took him so long to ask. Rahul said that he will be waiting for Disha's answer. A few months later, on Valentine's Day, Bigg Boss sent the actress in the house. An excited Rahul Vaidya asked her once again if she would marry him and she said yes.

Rahul Vaidya became a household name after participating in the first season of the singing reality show Indian Idol. He has sung tracks like Do Chaar Din, Keh Do Na, Tera Intezaar, Aabhas Hai and Yaad Teri among others. He will soon be seen in Khatron Ke Khiladi.