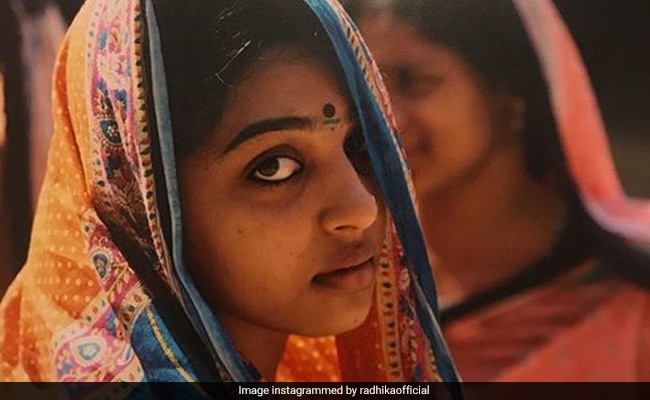 Actress Radhika Apte took a trip down memory lane and fished out a photo of herself from her initial days as an actress. In fact, Radhika Apte shared her photo from the sets of her "very first film" Gho Mala Asala Hawa. "From the very first film I ever did," she captioned her photo, in which Radhika is dressed as her character Savitri from the movie. Radhika Apte however, hilariously added the hashtag "baby fat" referring to her cheeks in the BTS shot. Gho Mala Asala Hawa, a social comedy, saw Radhika Apte play the role of a smart village girl, who, in order to marry the person of her choice, tampers with superstitious and age-old traditions. In the comments section, Tillotama Shome and Shahana Goswami described Radhika as "sundar and "stunning."

Radhika Apte, who joined the acting industry sometime in 2005, once revealed on Neha Dhupia's show that she was "depressed" within a few months of her stay in Maximum City: "I came to Bombay initially, alone. Then I went back to Pune because I got too depressed because I was here for 7-8 months. I had no good friends. I wanted to do films and I didn't know a single soul, I didn't know any casting director, I didn't know anybody! I didn't know where to start from. So, I'd wake up and feel what do I do? Whom should I call? Where do I go? So, I realised I need to be around people who make me a bit happy and don't make me feel so useless."