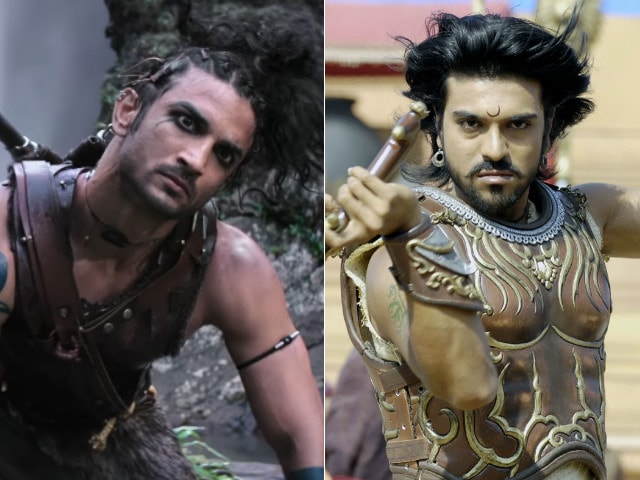 Stills from Raabta trailer and Magadheera

New Delhi: The first trailer of Raabta, starring actors Sushant Singh Rajput and Kriti Sanon, has reminded Twitter of another, older film - 2009 Telugu blockbuster Magadheera. Directed by S S Rajamouli, Magadheera had Ram Charan Teja playing the lead opposite actress Kajal Aggarwal and told of reincarnation, revenge and an interrupted love story that resumes 400 years later. Same to same, Twitter said after watching the trailer of Raabta, in which present-day Sushant and Kriti find their romance rudely hijacked by the villainous Jim Sarbh, just as he had in another life. It also looks a little like Game Of Thrones, Twitter thinks.

Chemistry is good but i feel trailer is messed up it's looking like magadheera? #raabtatrailer

#raabtatrailer The parallel storytelling doesn't work for me in this case. Seems like another version of Magadheera and MIrzya.Not impressed

#RaabtaTrailer is this a remake of magadheera ??

Why does Raabta reminds me of Magadheera?#RaabtaTrailer

If Raabta is anything at all like Magadheera, which was a massive hit, perhaps it bodes well for its box office performance. Twitter is also hoping that the film isn't going to turn out like 2012's Dangerous Ishhq, an ill-fated attempt at past lives and love across different timelines which was meant to propel actress Karisma Kapoor back into the spotlight but tanked spectacularly. Bollywood's recent track record with reincarnation-themed movies has been spotty, ranging from hits like Om Shanti Om to turkeys like Mirzya.