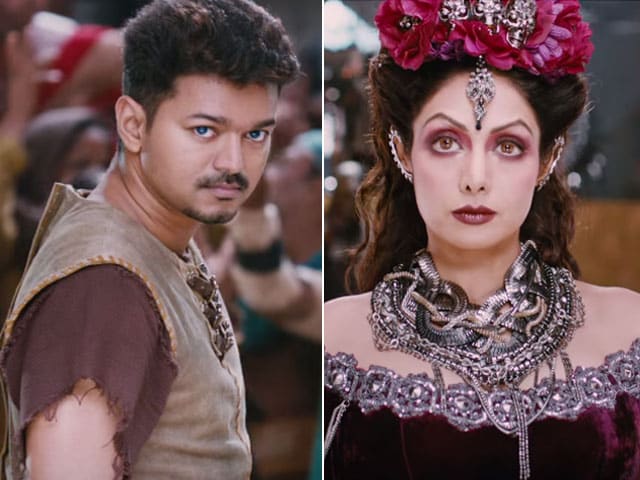 Vijay and Sridevi as seen in the trailer of Puli.

New Delhi: Tamil actor Vijay's new film Puli is proving to be rather incendiary on the Internet. Two days ago, reports of leaked footage caused a commotion online and now, the release of the film's trailer is trending.

The trailer takes off with gripping snippets of a fantasy land, troubled village life, a royal fort, an evil commander and masked men in armour. In a dramatic entry, Vijay promises to "melt like a dewdrop" if offered love but has a grave declaration for enemies: "I am a tiger (Puli)."

No announcement has been made yet about the release date of the fantasy-adventure film which started shooting last November.