Priyanka Chopra Says Insecurity Is 'Definitely Not In Her DNA' 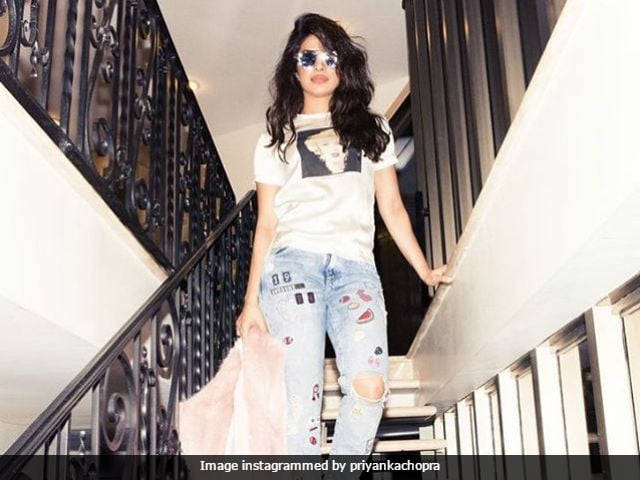 New Delhi: Priyanka Chopra, who is currently in New York shooting for the second season of the American television show Quantico, has gained massive popularity in the West. In an interview to news agency IANS, the 34-year-old actress said she isn't 'insecure' over other actors' success. The Dil Dhadakne Do actress said: "That is such an age-old stereotype and definitely not in my DNA. I'm very secure in who I am and the work I do. These are my friends and colleagues, and I like to share in their achievements and happiness. Good work should be applauded. I believe that there is enough work out there for everyone. We don't live in the dark ages anymore."

Priyanka Chopra portrays the role of FBI recruit-turned-CIA agent Alex Parrish in Quantico. She won her second consecutive People's Choice Award for the show this year. The Mary Kom actress not only attended the Oscars for the second time this year, she also presented the Golden Globe Awards. Priyanka Chopra is currently awaiting the release of her Hollywood debut Baywatch, co-starring Dwayne 'The Rock' Johnson and Zac Efron.

Speaking about her journey, Priyanka told IANS: "Yes, 2017 has begun well, to win a second People's Choice Award, this time as a Favourite Dramatic TV Actress, is an awesome feeling. Winning an award from the people, the audience, is a vindication that both Quantico and my character connected globally. Also, when I see the amazingly talented women I was nominated with; it feels like I must be doing something right. As for the rest of the year, I'm looking forward to it."

She added: "Baywatch releases on May 26 and we will be promoting the film across the globe. As a producer with my production house Purple Pebble Pictures, I have a lot of exciting projects lined up across genres and languages. Many announcements are on the anvil on that front."

Priyanka Chopra, who endorses several brands, told IANS: "I have to believe in a brand to endorse it. I look at products that I endorse as a consumer. Is it something I would use, do I like what it offers? If my name and brand are being used to advertise a product, then it's something I believe in."

The Barfi! actress recently appeared on The Tonight Show Starring Jimmy Fallon for the third time. Priyanka Chopra tweeted about her experience of playing Holi with the talk show host: " This was so fun @jimmyfallon my fav part besides ur shocked face after I got u wit a big blob of face paint was @theroots playing #rangBarse"

"I just want to be the best version of myself as an entertainer and as an individual. I want to try new things, explore all aspects of my creative self and basically have an adventure every day. I have always believed that it's never about the destination... The journey matters more," Priyanka told IANS.

Promoted
Listen to the latest songs, only on JioSaavn.com
Priyanka Chopra, who was last seen in Prakash Jha's Jai Gangaajal, will be seen portraying the role Victoria Leed, the prime antagonist in her upcoming Hollywood movie Baywatch.