Priyanka Chopra Has Been Dragged Into Controversy Over Sonu Nigam's Tweets 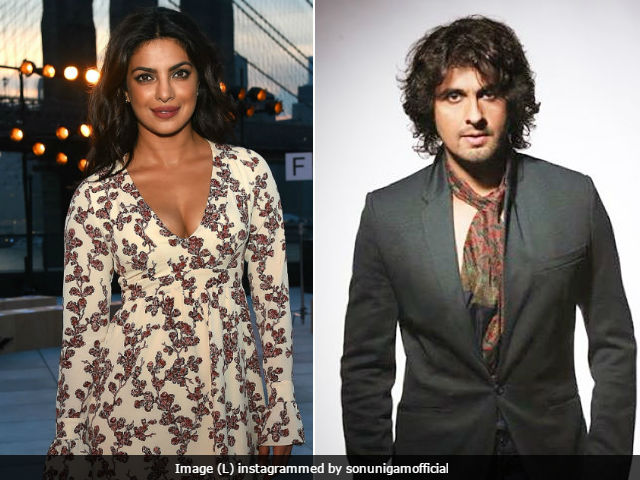 New Delhi: While actress Priyanka Chopra is minding her business packing to fly to Mumbai from New York, an old video of her speaking to reporters in Bhopal is going viral. The clip, possibly dating from when the 34-year-old actress filmed Jai Gangaajal in Bhopal, is being invoked in the debate over singer Sonu Nigam's tweets describing being woken by the morning azaan as 'gundagardi.' Priyanka also speaks about the azaan in the video and reveals that her favourite part of the day in Bhopal was listening to the evening call to prayer from several nearby mosques while watching the sunset. The short clip is being circulated on social media and WhatsApp as a contrast to Mr Nigam's posts, which have received both criticism and support. Here's the video of Priyanka Chopra speaking about the azaan:


Priyanka Chopra is the second celebrity to be dragged willy nilly into the controversy after actor Sonu Sood was trolled on Twitter in Sonu Nigam's stead.

Sonu Nigam posted a series of annoyed tweets on Monday morning complaining about being woken by the azaan and railed against 'forced religiousness' and 'gundagardi.' On Tuesday, he tweeted again, making it clear that it was the noise and loudspeaker he was against and not Islam. He denied his tweets were anti-Muslim, as many critics labelled them.

And dear Everyone, for those who are tainting my Tweets anti Muslim, tell me 1 place where I have said anything related, & I'll apologize.

When I am talking about Loudspeakers, I did mention Temples and Gurudwaras too. Is it that hard to comprehend? Loosen up guys.

The singer has now gone bald, in response to a fatwa issued against him by a Muslim cleric offering Rs 10 lakhs to anyone who would shave Mr Nigam's hair. After tweeting "Keep your 10 lakhs ready, maulvi," Mr Nigam had his head shaved himself at a press conference on Wednesday afternoon.

People will misunderstand your tweet n give it a communal tinge, only those who know you will know you mean not to stoke a fire. https://t.co/P8NvIQ4m4s

Promoted
Listen to the latest songs, only on JioSaavn.com
These are Mr Nigam's original posts:

Sonu Nigam has a number of albums to his name and has sung playback for films such as Dil Se, Saathiya and Kal Ho Naa Ho. He recently collaborated with Sachin Tendulkar on the cricket great's musical debut.