Prince Narula said that he realised the importance of chemistry after getting in a relationship with Yuvika Chaudhary. 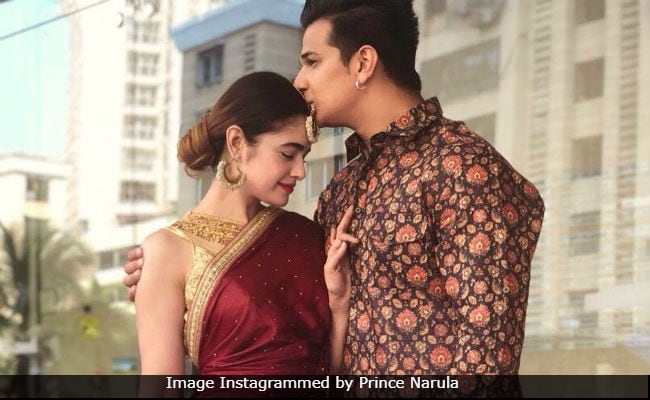 Television actor Prince Narula, who has never shied away from documenting his love for his fiancee Yuvika Chaudhary, believes that chemistry is the most important aspect of any relationship and also revealed how the chemistry between him and Yuvika helped in strengthening their bond, reports news agency IANS. "Being in a relationship, Yuvika and I have realised that chemistry between two is definitely an important part of our relationship, it has helped us grow stronger and closer. It doesn't require maths or a method to sharing an equation with your loved one. If you have it, you will feel it, regardless of circumstances," IANS quoted him as saying.

Prince also had a piece of advice for all couples. "My only advice for all the ones in love and looking for love is that, if you do not see the spark, chemistry with your partner, you may want to think twice about your relationship. People often misunderstand compatibility as chemistry but one can have similar choices in food and music but when it comes to chemistry it is bout unspoken connection that results into excitement and romance," Prince said in a statement to IANS.

Prince met Yuvika on the sets of the 2015 reality TV showBigg Boss 9. Prince Narula and Yuvika Chaudhary booked a spot on the trends list in May, after Prince got Yuvika's name inked on his back and shared the pictures on social media. Yuvika loved the gesture and told The Indian Express: "It was the most beautiful surprise for me when I saw the tattoo. And I must add that I completely loved it."

In case you missed it, take a look at the post here:

The duo got engaged in January this year and had announced the news on social media. Prince wrote: "Thank you baby thank you so much still can't sink in me that you said yes to me and you're mine forever now lovers for life."

Prince Narula currently features as on the gang leaders in the TV reality show Roadies Xtreme. He has won several reality shows such as Roadies 12, Splitsvilla 8 and Bigg Boss 9.

Promoted
Listen to the latest songs, only on JioSaavn.com
Yuvika Chaudhary made her television debut with Astitva...Ek Prem Kahani. She also featured in the 2007 film Om Shaanti Om, Summer 2007 and Toh Baat Pakki.