"The acting and dancing in this video are different - it's all in the eyes, very composed and internal," said Nora Fatehi 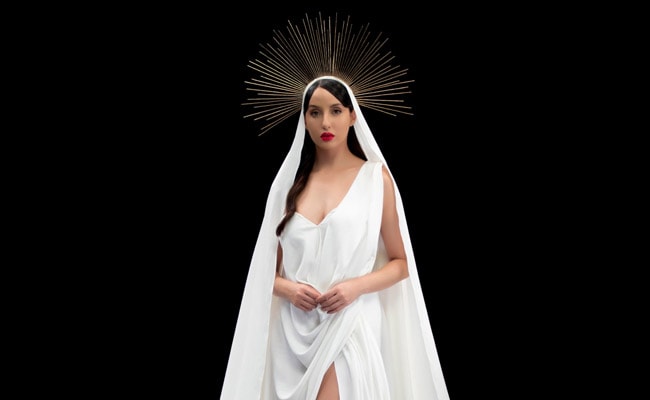 After the success of Nora Fatehi and Vicky Kaushal starrer Pachtaoge last year, Bhushan Kumar decided to come up with a female version of the same song, that will soon hit digital platforms. The music video features the talented Nora Fatehi. Unlike the original track where the team captures the emotions and heartbreak through a story, the female version music video is choreographed and shot just like an international music video. From the setting to the picturisation, the graphics to the looks, everything is metaphorical yet modern and classy - a step up from the usual storytelling we have in India.

Nora was creatively involved in giving the video a more global feel. She asserts, "My brand as 'Nora Fatehi,' whether it's a song in a movie, a music video in India or my independent international projects, is all about keeping it fresh and being experimental with an international touch. And that's what has made me who I am today and that's what my fans expect from me now. The acting and dancing in this video are different - it's all in the eyes, very composed and internal. The form of dance which I have attempted for the first time is contemporary abstract body movements, to tell the story of emotional struggle and the subsequent breakthrough of self love."

The video has been shot creatively, with several depictions of emotional struggle - the purity, the toxicity of heartbreak, and liberation - through the choreography, expressions and body language. It doesn't use the run-of-the-mill techniques and takes the route less travelled - using more abstract and subliminal references. Nora can be seen sporting at least two different looks in the video. Launched today is the one that depicts divinity, naivety and purity. "The looks are very important to the interpretation of the emotions and the journey of heartbreak and deception. Every small detail of the looks in the video helps you symbolically understand this journey. Every second of the music video is open to personal emotional interpretation," she adds.

The team has carefully crafted a brilliant contemporary choreography set-piece to enliven the entire gamut of emotions one experiences in love and relationships. Nora takes us through the myriad emotions solely with her facial expressions, body language and her amazing dancing skills. Pachtaoge's female version, sung by Asees Kaur and choreographed and directed by Rajit Dev, proves Nora's terrific acting prowess, screen presence and it's she who nails the entire video with a superlative performance.