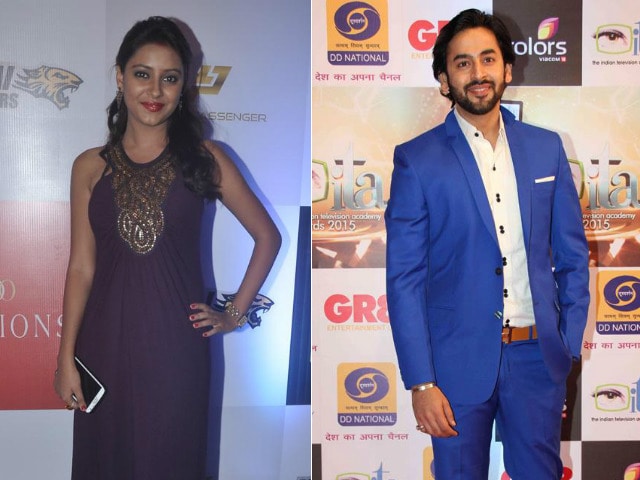 File photos of Pratyusha and Shashank.

Mumbai: The death of actress Pratyusha Banerjee has left the TV industry in a state of shock, with many expressing that it is devastating that the "vibrant" and "lively" star got into a state of depression and allegedly committed suicide.

Hailing from Jharkhand, the 24-year-old was found hanging from the ceiling fan of her flat in her Mumbai home on Friday afternoon by her boyfriend Rahul Raj Singh, who took her to the Kokilaben Ambani Hospital where she succumbed.

Pratyusha, who came into the limelight through her portrayal of the grownup Anandi in popular TV show Balika Vadhu which delved into the issue of child marriage. Later, she went on to participate in reality shows like Jhalak Dikhhla Jaa 5 and Bigg Boss 7. She also featured in Hum Hain Na and Power Couple, in which she appeared with Rahul.

Actress Delnaaz Irani, who shared screen space with Pratyusha in Power Couple, told IANS: "It is very shocking and saddening. It is a devastating news for us. I always thought she was a chirpy and very bubbly, vibrant and full of life kind of a girl."

"I don't know what went wrong with Pratyusha and why did she take such a step because even during the (Power Couple) finale we met and she was talking about her marriage. She was so happy and said that they (Rahul and Pratyusha) are going to invite everybody and we all have to come. It will be a destination wedding," she added.

Sidharth Shukla, who shared screen space with the late actress in Balika Vadhu, said: "I can't believe that Pratyusha can do this. It's really sad to hear about her death. She never used to take any work pressure. It's hard to think that she was in a state of depression."

Rahul is Pratyusha's second boyfriend. She was previously in a relationship with Makrand Malhotra, which ended in disaster with Pratyusha alleging abuse.

Kamya Punjabi, who is a close friend of Pratyusha, refused to talk about her when contacted by IANS, due to her emotional state.

The makers of Balika Vadhu have wished "peace, comfort and hope" for the late 24-year-old's family.

"It is really unfortunate and shocking for us to know that we lost one of our talented and young actor of television. We sadly mourn the untimely death of Pratyusha and wish the family peace, comfort and hope in the midst of their sorrow," Sunjoy Wadhwa, producer of Balika Vadhu, said.

Actor Shashank Vyas, who played the character of Anandi's husband Jagdish in Balika Vadhu, is finding it hard to believe that Pratyusha could take such a drastic step.

"Pratyusha was full of life. She was my first Anandi. I have fond memories of her. I had not imagined she would do something as drastic as suicide. I thought it's an April Fools' prank when I got a call from a friend. May her soul rest in peace," Shashank said.

Actor Laksh Lalwani said: "She was such a down to earth and easy going person. I believe that every actor is very sensitive. One bad move and it affects them a lot. May God be on her and on her family's side. I'm still not able to accept the fact." (Also Read: Pratyusha Banerjee, Television's Beloved Anandi)