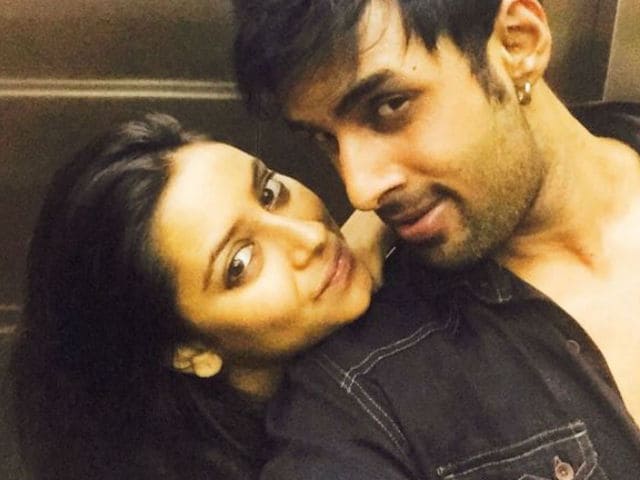 New Delhi: Four days after TV actor TV Pratyusha Banerjee was found dead at her home in Mumbai, her boyfriend, Rahul Raj Singh, has been charged by the police with abetting her suicide. Mr Singh, a TV producer, has been in hospital since Sunday after complaining of chest pains.

Ms Banerjee, 24, was famous for her role as the lead character in the TV serial Balika Vadhu. On April 1, she was discovered hanging from a ceiling fan in her apartment.

Rahul Raj Singh, who runs a production company, is currently in Shree Sai Hospital in Kandivali where he was taken on Sunday after complaining of chest pain and low blood pressure. He has now been moved from the ICU to a general ward. "Though Rahul has been shifted to general ward, his condition is still not proper as he is in trauma," said Mr Singh's lawyer Neeraj Gupta. (Also Read: Rahul Raj's Dad Blames Pratyusha Banerjee's Parents for Financial Woes)

Friends of the couple have claimed they were planning to get married on April 14. On Monday, Ms Banerjee's friends Kamya Panjabi and Vikas Gupta held a press conference in Mumbai, in which they described the actress' relationship with Mr Singh as 'messy.' They also alleged that Pratyusha Banerjee believed her boyfriend was cheating on her and that he had slapped her in public. She was also allegedly assaulted by Rahul Raj Singh's ex-girlfriend, Saloni Sharma.

Police will be speaking to friends of the couple. A group of 10 colleagues of Ms Banerjee have offered to reveal details which might help the police's investigation, Mumbai lawyer Falguni Brahmbhatt told news agency IANS. "I have submitted a list of 10 people to the Bangur Nagar Police Station today (Monday) and they are likely to be called for giving their versions tomorrow (Tuesday)," Ms Brahmabhatt said. The identities of this list of 10 people have not been disclosed. (Also Read: Pratyusha Banerjee's Friends Offer to Reveal Relationship Details to Cops)

Rahul Raj Singh told mid-day that he is innocent and that he would have married Ms Banerjee. His family has claimed Pratyusha Banerjee was in financial distress.

Pratyusha Banerjee played Anandi on Balika Vadhu from 2010 to 2013. She also appeared on reality shows like Bigg Boss.