"Thank you so much my big brother," Sunny Singh replied to Prabhas 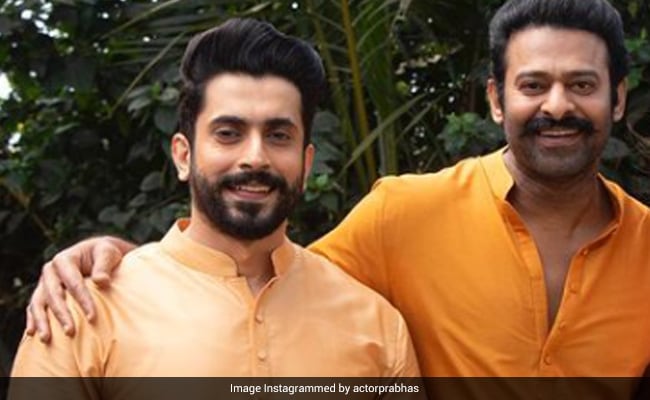 Baahubali star Prabhas carried forward the tradition of wishing his co-stars on their birthdays and shared a greeting for his Adipurush co-star Sunny Singh on his 35th birthday. On Tuesday, Prabhas posted a picture of the birthday boy on his Instagram handle. Along with it, he added a note that read: "Happy Birthday bro Sunny Singh. Had lots of fun with you on the sets. Have a beautiful day." Responding to Prabhas' birthday greeting, Sunny Singh wrote in the comments section of the post: "Thank you so much my big brother."

Take a look at Prabhas' post for his co-star here:

Prabhas welcomed co-stars Sunny Singh and Kriti Sanon on board the project by sharing a picture on his profile and wrote: "Welcoming Kriti Sanon and Sunny Singh to the Adipurush family."

Adipurush will release in Hindi, Tamil, Telugu, Kannada and Malayalam in theatres. The film will be shot in Hindi and Telugu. Adipurush will hit the screens on August 11, 2022. It will be directed by Om Raut.

Sunny Singh is best-known for featuring in Luv Ranjan's films. He first made an appearance in the film Dil Toh Baccha Hai Ji. The actor later starred in films such as Pyaar Ka Punchnama 2 and Sonu Ke Titu Ki Sweety, both co-starring Kartik Aaryan and Nushrratt Bharuccha. Both the films performed well at the box office. The actor also starred in films such as Ujda Chaman and Jai Mummy Di. He made cameo appearances in films like Pati Patni Aur Woh and De De Pyaar De.

"When Is Your Divorce?": What Trolls Told Actress Vidyulekha Raman On Swimsuit Pic