Pooja Hegde As 'Sridevi' In New Film Valmiki. Director Talks About Her Role

Valmiki director says he doesn't want to reveal too much about Pooja Hegde's role in the movie. 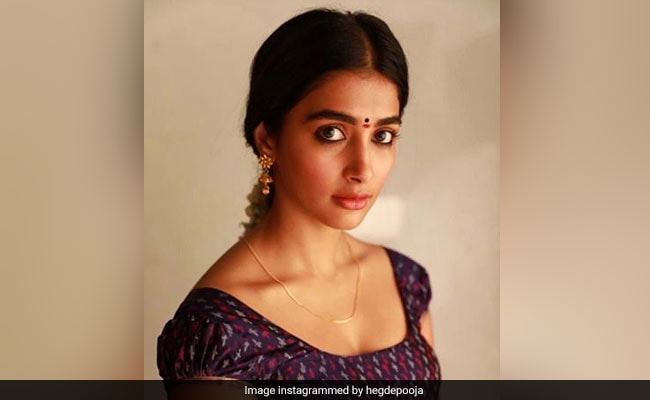 Actress Pooja Hegde's first look as 'Sridevi' in upcoming Telugu film Valmiki is out and the 32-year-old actress described her character in the movie as, "innocent but feisty." Pooja Hegde shared pictures of herself as 'Sridevi' in the movie, which is a remake of Tamil film Jigarthanda. Describing Pooja's character in the movie, director Harish Shankar told Pinkvilla that she plays a crucial role in the second half of the film and that she'll be 'a complete surprise.' He told Pinkvilla, "Pooja Hegde is the most important character in the second half, she will be a complete surprise. That is why I am not revealing much about her. However, her character and song are only put in because the story demands it, not for commercial reasons."

Valmiki also features actors Varun Tej and Atharvaa and the film is slated for September 20 release.

Pooja Hegde debuted on the big screen with 2012 Tamil film Mugamoodi and two years later she featured in her first Telugu film Oka Laila Kosam. Pooja Hegde made her Bollywood debut opposite Hrithik Roshan in 2016 film Moehnjo Daro, which failed miserably at the box office.

Pooja Hegde has also worked with Allu Arjun in Duvvada Jagannadham and with Mahesh Babu in Maharshi, which released earlier this year.