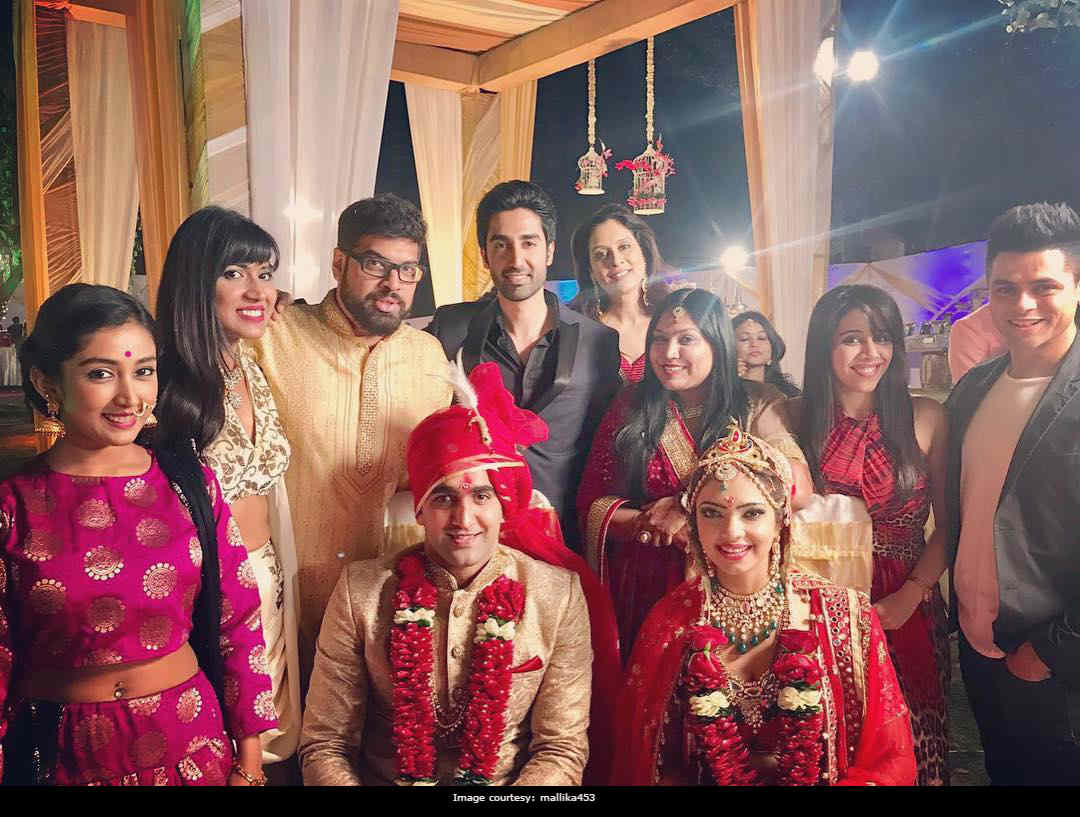 New Delhi: Television actress Pooja Banerjee married her long-time boyfriend Sandeep Sejwal in an intimate ceremony in New Delhi. The wedding was attended by Pooja's friends from the television industry, especially her colleagues from Swim Team, a Channel V show in which she starred as Rewa Mathur. The Naagarjuna - Ek Yoddha actress and Sandeep Sejwal, who is a swimmer and Asian Games bronze medallist, got engaged in October last year. Pooja and her friends shared pictures from the wedding festivities on Instagram, in which Pooja poses dressed as a traditional Indian bride. The wedding was reportedly in accordance with both Hindu and Jat rituals.

Pooja looked absolutely stunning dressed in red, traditional jewellery and mukut - a headgear for Bengali brides while Sandeep complemented her in a gold sherwani and pheta.

Pooja was roped in for pictures during her haldiceremony. She wore yellow and accessorised with phool-gehna:

The actress shared glimpses of her fun-filled mehendi ceremony:

Pooja was also treated to an 'aai budo bhaat' - a traditional Bengali ritual ahead of a wedding - by her grandparents and friends:

I have always admired their love story! Even at 92 I have seen his immense love for his wife. I am and always will be grateful to God to have them in my life and now I am blessed by them for my new journey :) #aaibudobhaat #grandparents just 2 days to go for the #BengaliJattWedding

Promoted
Listen to the latest songs, only on JioSaavn.com
Meanwhile, pre-wedding pictures of the television actress have also been shared on social media:

#swimteam #reunites at @poojabanerjeee #sangeet #mehendi #shaadi I am sooooo #HAPPY for you.. God bless you both with happy long life together and forever

Pooja Banerjee, 25, has featured in TV shows like Chhanchhan, Crime Patrol and Savdhaan India, Ek Doosre Se Karte Hain Pyaar Hum and The Adventures of Hatim. Currently she stars as Noori in Naagarjuna - Ek Yoddha. Pooja Banerjee made her television debut as a contestant in the eighth season of adventure reality show MTV Roadies in 2011. Pooja is also an athlete and has represented Maharashtra at national swimming tournaments.