Here's what she had tweeted: "With such less traffic in Mumbai, it seems like an opportunity to quickly complete metro, bridges and smooth roads." 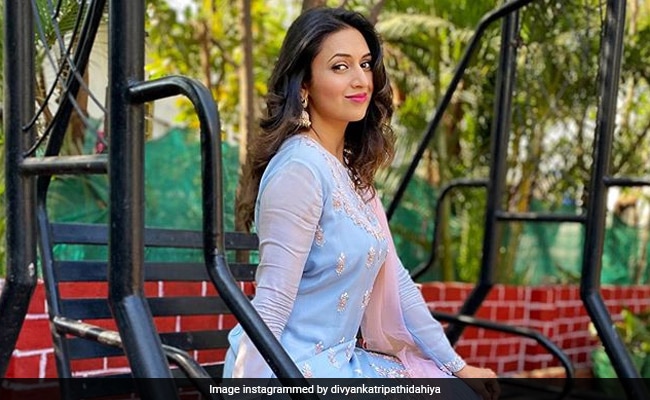 Actress Divyanka Tripathi tweeted an apology of sorts after a section of the Internet pointed out that her tweet about empty Mumbai roads amidst the coronavirus outbreak appears to be "insensitive." In a tweet on Tuesday morning, the Yeh Hai Mohabbatein actress wrote: "With such less traffic in Mumbai, it seems like an opportunity to quickly complete metro, bridges and smooth roads." Her tweet garnered responses like "As if the engineers and construction workers lives aren't important. Such a vague and unrequired tweet at this moment." Divyanka not only deleted her tweet but also responded to an offended user by offering apologies: "My apologies. Point taken." In a separate tweet, Divyanka wrote: "We all are humans and susceptible to errors. In this volatile and violent social media world, important question is: If someone's capable of realizing and apologizing... are you capable of forgiving and moving on?"

She added: "Should everything be news and point of argument? Where's humanity there?"

We all are humans and susceptible to errors.
In this volatile & violent social media world, important question is: If someone's capable of realizing and apologizing..ARE YOU CAPABLE OF FORGIVING AND MOVING ON?
Should everything be News & point of argument? Where's humanity there?

Ahead of her apology tweet, Divyanka was subjected to quite a bit of schooling by the Internet. "This tweet is kind of insensitive, not expected from you," wrote an angry netizen while another called her Beauty without brains." Here's how Twitter reacted to Divyanka's now-deleted post.

This tweet is kind of insensitive not expected from you

Madam..lives of workers aren't important? How they should come for work if entire India is asked to stay at home? They may be daily labour but yet govt won't allow fathering for work on public projects right ?

Madam .this road and construction work can be done later it's an emergency for everyone. .metro workers r also human. ..

But DT those labour workers r humans too and roads n metros can be built later on when things get settled down..why to keep their lives at stake considering so many labour workers works.

Earlier, the actress had shared this post, also featuring her husband Vivek Dahiya, about "Love in the time of corona."

Love in the times of Corona. #LoveInTheTimesOfCorona

A post shared by Divyanka Tripathi Dahiya (@divyankatripathidahiya) on Mar 9, 2020 at 3:19am PDT