PewDiePie Vs Ekta Kapoor Vs Twitter: A 3-Way Battle Is Raging On Social Media

"Just one thing, if anyone is waiting for me to apologise to peudy something it's NOT happening," tweeted Ekta Kapoor 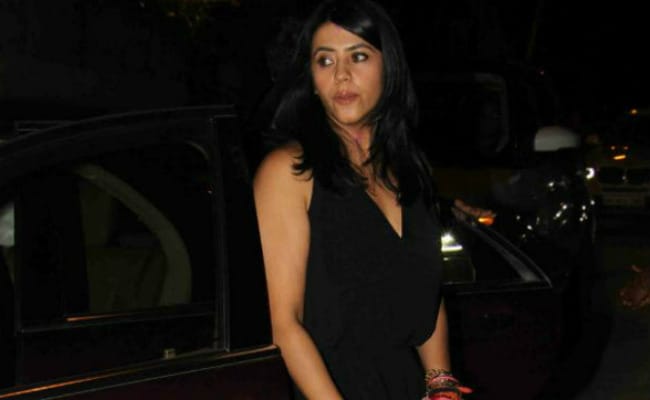 New Delhi: TV czarina Ekta Kapoor is upset with most-followed YouTuber PewDiePie and Twitter in turn, is upset with her. It all began last week when Swedish YouTuber, who's original name is Felix Arvid Ulf Kjellberg and goes by the name of 'PewDiePie' on his social media accounts, chanced upon Ekta Kapoor's once-popular TV show Kasamh Se and mocked the show, brutally dissecting it, in an YouTube episode on his channel. Ekta was quick to notice PewDiePie's reactions to her show and tweeted to say that he appears to be a junior artiste hired for TV shows which she makes. This gave a section of Twitter the chance to brutally troll Ekta for missing the sarcasm in PewDiePie's video. "His video was pure sarcasm, which I don't think she understands," read a tweet while another said: "You just embarrassed yourself by tweeting this."

While the array of Tweets continued to Ekta's comment asking who PewDiePie is, she returned to Twitter with very firm responses for the haters, who appeared to spam her feed. "Just opened my Twitter and realised I finally arrived. This hate welcome has put me in August company! Just one thing if anyone is waiting for me to apologise to peudy something it's NOT happening," read one of her tweets.

Ekta also made a strong case against PewDiePie, claiming his criticism of content on Indian television and cinema is sheer "ignorance." Ekta, who was slammed on Twitter for her apparent "racial slur" after she earlier had tweeted: "Luks like the fi***g junior artists we hire from Colaba when we create Paris." However, now, she's learnt who PewDiePie is and is still not convinced of his "power and millions." This is what she wrote in another tweet: "Just one thing anyone who suggests racial slur to my tweet (yes I read some tweets) should open this YouTubers (yes now I know who he is) video and see how he has trashed everything from Indian soaps to Indian superstars (Rajinikanth's Robot) and jibbed back with the same ignorance."

In his spoof video, PewDiePie commented on the editing and special effects with remarks like: "How dare you?" He also included scenes from Rajinikanth's sci-fi film Robot and said: "How this is a movie? Wait, what's happening?" He also plugged in an action sequence from Akshay Kumar's International Khiladi to mockingly compare it to the movie Matrix.

Just opened my Twitter n realised I finally arrived :) this hate welcome has put me in August company :)/):)! Just one thing if anyone is waiting for me to apologise to peudy something it's NOT happening :)

And irreverence that he adopted to pan everything in India's popular culture ! So all those getting highly protective about his power n millions ( some even claimed wat I was ' worth') remember his video which we pass as sarcastic n ' humourous' was titled ' india u lose'

P.s I seriously dint know who he is ;):):) like he doesn't know any tv personality or rajnikant! Heehaw !!!! Much love haters I'm back to making videos n fodder for this youtubers next feed

This is what she had posted earlier.

Bhai tu kaun hai! Luks like d firang junior artists we hire from colaba when we Create Paris in arey:) he will find his dopplegangers in kasam se only;) https://t.co/miESFOiFrO

Promoted
Listen to the latest songs, only on JioSaavn.com
It all started after PewDiePie has also posted a rather pixelated screenshot from Kasamh Se and wrote these exact words: "(good quality)", which was also what was written on the video description.

PewDiePie has featured in headlines before for appearing to be rather "racist" in his approach. Last year, he apologised after hurling out racial abuses while live-streaming a video game. Earlier, both YouTube and Disney had withdrawn their contracts with the YouTube over his anti-Semitic approach. The year before, Twitter had blocked him after he jokingly claimed he's joined ISIS. PewDiePie continues to have an unwavering fan-following on YouTube with as many as 62,596,292 subscribers as we speak.